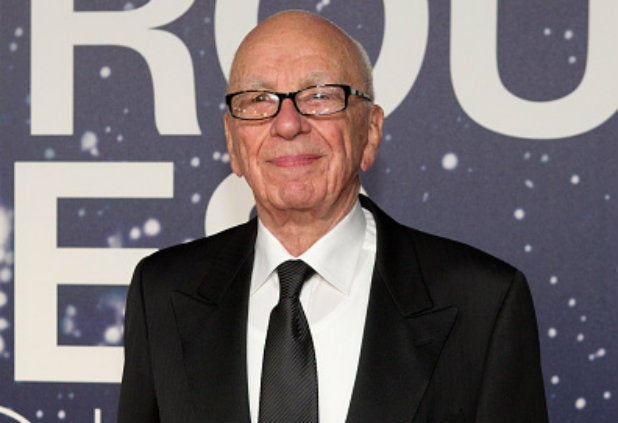 News Corp. became the latest company to post strong quarterly earnings, reporting both revenues and profits that topped Wall Street’s expectations for its first quarter of the 2012 fiscal year.

The phone hacking scandal that has plagued the company’s print side and tarnished some of its executives has been a financial drain — News Corp.’s publishing division reported a 38 percent decrease in operating income — but the company’s far larger television and film divisions largely offset those costs.

While exceeding Wall Street estimates, the company’s profit declined 5 percent to $738 million, in part due to a $91 million restructuring charge for News Corp.’s U.K. newspaper business.

Also read: News Corp. & Phone Hacking: You Can Dodge, But You Can’t Hide

COO Chase Carey was eager to move past the phone hacking subject, noting that News Corp. has already accounted for legal costs and will not discuss how much it has set aside any more.

“I am in no way minimizing the difficulties we face in the UK,” Carey said on the earnings call. “However, there’s not a lot more I can say beyond what we’ve already said.”

“I assure you that in spite of the time spent on U.K. issues, the last few months have been a time of real progress in driving our business towards its short and long-term goals,” Carey added.

News Corp. reported first fiscal quarter revenue of $7.96 billion, an increase of 7 percent over its total last year and better than the $7.67 billion analysts predicted. Adjusted earnings per share came in at $0.32, again surpassing both last year’s first quarter and street expectations.

News Corp. Chairman and CEO Rupert Murdoch was not on the call.

However, he did issue the following statement: “The exceptional strength of our financial results during the first quarter across the majority of our segments is confirmation that News Corporation’s core operations are strong and that we are on course to achieve our strategic and financial objectives.”

The cable division reported operating income of $775 million for the quarter, an 18 percent increase over a year ago. News Corp. largely credited the continued growth of FX and Fox News, the latter of which has now posted 56 straight quarters of operating profit growth.

The strong global box office performance of “Rise of the Planet of the Apes” and the home entertainment success of “Rio” boosted the film division’s income to $347 million, a 24 percent increase as compared to last year.

MySpace finally helped News Corp., but only because it is gone. Its sale of the struggling social network saved the media conglomerate roughly $57 million in quarterly losses.