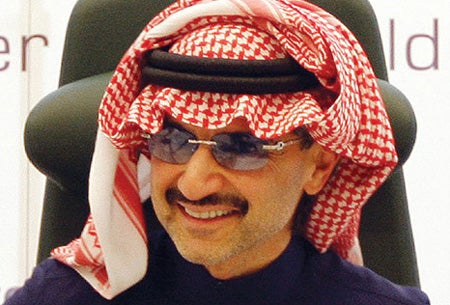 News Corp. announced Monday that it has agreed to acquire a 9 percent stake in the Rotana Group, a Middle Eastern media company owned by a major News Corp. shareholder Time magazine once nicknamed the “Arabian Warren Buffett."

Bin Talal owns 7 percent of News Corp.’s Class B common stock, making him the company’s second largest shareholder. According to Forbes, he was the 22nd richest person in the world in 2009, worth an estimated $13.3 billion.

Rupert’s son James Murdoch, chairman and CEO of News Corp.’s European and Asia division, issued this statement: “A stake in Rotana expands our presence in a region with a young and growing population, where GDP growth is set to outstrip that of more developed economies in the years ahead. Rotana is a leading player in the Middle East and we look forward to working together.”

According to the Financial Times, bin Talal “has been a vocal supporter” of the Murdoch clan, “saying last month that he would back James Murdoch to succeed his father” as News Corp. chairman.