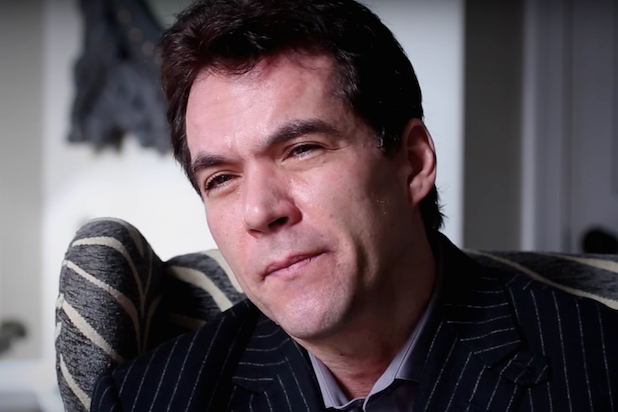 The office of special counsel Robert Mueller has asked the FBI to look into whether Jack Burkman — a right-wing lobbyist who hosts a weekly show on Newsmax TV — offered to pay women to come forward with “false claims” of sexual or workplace misconduct Mueller, the office’s spokesman said Tuesday.

Burkman, a lobbyist and GOP operative who has been associated with various conspiracy theories over the years, offered an unnamed woman $20,000 to accuse Mueller of wrongdoing, according to The Atlantic.

Mueller’s office became aware of the plan after several journalists solicited by the woman brought it to their attention, Peter Carr, a spokesman for Mueller’s office, told TheWrap.

“When we learned last week of allegations that women were offered money to make false claims about the Special Counsel, we immediately referred the matter to the FBI for investigation,” Carr said in a statement.

The FBI declined to comment. Reps for Burkman at his lobbying firm did not immediately respond to a request for comment.

Burkman tweeted Tuesday that he planned a news conference at a hotel on Thursday to “reveal the first of Special Counsel Robert Mueller’s sex assault victims.”

Some sad news. On Thursday, November 1, at the Rosslyn
Holiday Inn at noon, we will reveal the first of Special Counsel Robert
Mueller's sex assault victims. I applaud the courage and dignity and
grace and strength of my client. pic.twitter.com/wZVQeHD45r

He also tweeted: “The allegations of paying a woman are false. The left is trying to defend Mueller against sex assault allegations so they attack me in desperation. The establishment media knows that Mueller may go down over this–they want to deflect attention.”

Late Tuesday, he added on Facebook: “The Special Counsel once again has abused his power. He ordered the FBI to investigate whether I paid a certain woman. The only problem is that this woman — Lorraine Parsons — doesn’t exist. Mueller acted without doing the slightest bit of research. He has but one goal: deflect attention from him on to me. Well Bob, by week’s end, our nation will know you as nothing but a sex offender.”

Burkman has made a reputation as a gadfly with high-profile appeals to whistleblowers. In February, The Washington Times reported that he floated a $25,000 bounty for concrete evidence of FBI wrongdoing in Mueller’s investigations into Russian interference in the 2016 election.

He previously gained notoriety for offering a $100,000 reward to anyone who could produce information leading to a conviction in the unsolved 2016 murder of Democratic National Committee staffer Seth Rich.

After initially embracing his help, the Rich family distanced themselves from Burkman after the lobbyist began insisting their son was killed by Russian agents, without any corroboration.

“I was approached by a guy who styles himself as a former U.S. intel officer,” Burkman told local media last year. “I quizzed him. I think he’s credible — you never know the motive of people. But what he said is basically this — that Seth discovered that the Russians had been hacking and therefore the Russian government did away with Seth.”

Also Read: Newsmax Host Gets Schooled for False Claims About Alexandria Ocasio-Cortez: 'You're a Know Nothing Shmuck'

Though he identifies himself as a Newsmax host on his Twitter account and is listed as the host of the weekly “Behind the Curtain” show on its website on Tuesday, Newsmax chief Chris Ruddy told TheWrap that Burkman had no affiliation with his network.

“Mr. Burkman is not a Newsmax host and as far as we know he does not claim to be,” Ruddy said. “He does have a radio show that airs as paid programming on Newsmax. We are reviewing whether he will continue as an advertiser.”

Burkman’s classification as a Newsmax host was removed after the company received an inquiry from TheWrap. A person familiar with the matter said he had been placed among the network’s stable of paid hosts by mistake.

You can watch episodes of Burkman’s radio show “Behind the Curtain” on Newsmax here.