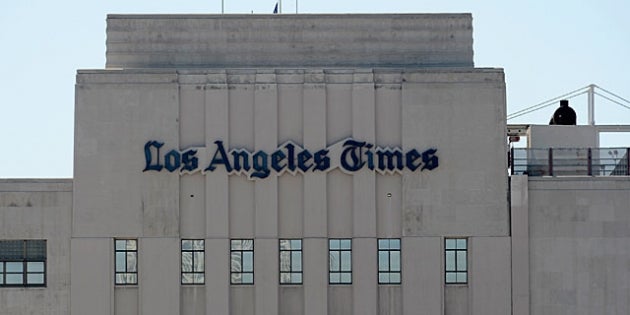 While tablets and smart-phones have become an important, dominant force in computing, it’s become apparent that they will not be the saviors of print media.

Digital subscription sales are well behind the penetration of the gadgets. The economic pressure on newspaper and magazines will continue unabated – unless there is a change. The solution is simple, but radical – possibly too radical for sluggish and timid “old media” to take on: Newspapers need to exert their mass.

If we cut out all the advertising and just publish news, then we can help curtail the newsprint bill but, admittedly, the advertising revenue will leave an enormous hole. Newspapers and magazines have attracted advertisers through numbers and/or prestige; the idea that their circulation penetrates a financially-desirable demographic through niche or mass publication — which targets the bulk of consumers.

Web advertising can’t compensate for the decline in print because now both newspapers and advertisers operate in the same medium. In print, newspapers got their money even if the readers ignored the ads. Now, advertisers just need one click to build and maintain a relationship with actual – and potential – customers. It is no longer necessary to pay for long campaigns across multiple media titles. Many potential customers search for a product without ever having seen any kind of print advertising.

So rather than newspapers using their subscriber base, newsstand numbers and web hits to win advertisers, why not use their mass to crowd-source anything and everything for their readers?

Since TheWrap is based in the Los Angeles area, let’s use the LA Times as an example. How many of that paper’s readers fly to San Francisco daily or weekly? How many readers need to fly to New York? Hawaii? Mexico? Which airline would be willing to guarantee the best price/flexibility ticket for its readers knowing that it has a guaranteed pool of customers?

How many readers buy a Toyota? The whole of Southern California buys more than 500,000 cars per year. If 50,000 of those buyers bought their cars under the auspices of the LA Times, and paid $30k — a deliberately low figure — then the sales total would be $1.5b. What income the paper secures for itself from those sales, and what discount is given its readers for such a transaction, needs closer examination. But top-line figures are routinely used to illustrate economic potential.

This approach could also be used for everyday shopping. If a grocery chain, or even a clothing chain, knows it is guaranteed revenue from a pool of customers, it can push that certainty down its supply chain. Prepaid cards or vouchers could be distributed to the participants, the benefit being a discount or even a wholesale price if the product is ordered via e-commerce. This format could function like a wedding registry; readers can peruse and only commit to the things they will buy. Newspapers have an advantage here since they are, in the U.S. at least, associated with a single metropolitan area, permitting them to tap the wealth of an area more uniquely than say, a monthly fashion magazine that circulates nationwide.

The LA County Economic Development Corporation published a report last year, covering both LA County and the five-county metropolitan zone. This gives an idea of the scale of the opportunity for crowd-sourcing. Of course there will be losers and objectors; crowd-sourcing will have an impact on retail. But internet shopping and telecommuting will reshape our cites, so there’s no need to be squeamish. The sums could be colossal, and the potential for profit for newspapers could eclipse all the lost advertising — and probably increase the circulation base as the additional benefits bring back readers.

Yes, it could be complicated, probably involving escrow accounts to guarantee funds from readers and producers, but what the print industry has tried so far hasn’t worked. Psychologically, many newspapers will baulk at doing their readers shopping for them (because that’s what it is) but the days of editorials and columnists heeded, discussed and quoted are long, long gone. Newspapers still have a unique penetration and information about the areas they serve, and data we are constantly being told is the key to prosperity in the digital age.

Time for something different.