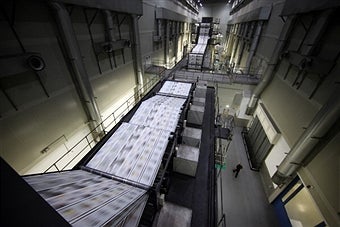 The number of newsroom jobs at newspapers has declined 47% in the last decade, according to Pew Research Center analysis of Bureau of Labor Statistics Occupational Employment Statistics survey data that was released on Tuesday.

Newspapers were hardest hit and saw newsroom jobs decline from about 71,000 to about 38,000, according to the analysis.

There was a reported 82% increase in digital-native newsroom positions totaling about 6,100 jobs, which the center points out does little to offset the loss of 33,000 newspaper newsroom jobs.

Reported newsroom growth notwithstanding, digital outlets have seen a number of layoffs in recent months, too. HuffPost and Mic are just two examples of companies that have lost editorial positions.