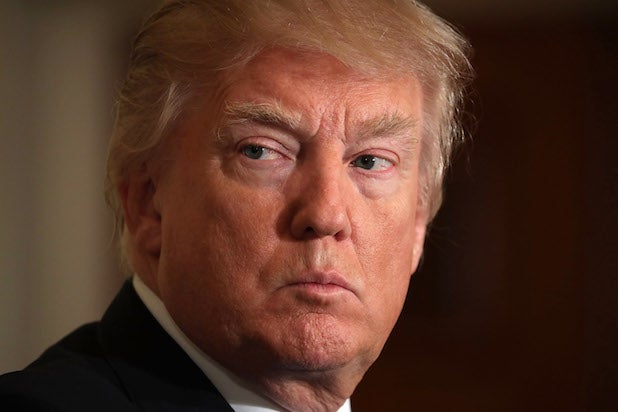 Newsweek is under fire (again) over a story that implied President Trump might be suffering from erectile dysfunction because he takes the hair regrowth drug Propecia, which contains the active ingredient finasteride.

“I wish the people who are supposed to be holding Trump accountable would stop babbling about nonsense,” said another.

In her story, Newsweek journalist Kastalia Medrano wrote, “President Trump’s heavily scrutinized recent health exam revealed that he’s continued to take the hair-loss drug finasteride, even after a succession of new studies showed that it is linked to side effects including chronic erectile dysfunction and depression.”

“The drug is a hormone blocker, and works by preventing testosterone from being converted to its active form, 5 alpha dihydrotestosterone,” she added helpfully. ‏

The downsides of Propecia are widely known, so it’s quite unclear why Newsweek felt the need to raise the issue. A spokesperson for the media outlet did not immediately respond to TheWrap’s request for comment.

It’s not the first time Newsweek has come under scrutiny for its editorial judgement. Last month, the outlet posted a misleading article about Melania Trump ordering the removal of a 200 year old tree from the White House. The tree was diseased and had become a danger to the public.

Also Read: Newsweek Lets Fly at the Trump Administration With 'Snakes on a Plane' Cover

And in October, Newsweek retracted a full story about the companion of Las Vegas shooter Stephen Paddock.

The takes on Twitter over the latest outrage were not kind.

I should write a story…"Newsweek: Death of an Institution"

Also Finasteride has always had these side effects…nothing recent here. https://t.co/EAKPQpoVKJ

Me: I wish the people who are supposed to be holding Trump accountable would stop babbling about nonsense like how much he weighs and call out the real problems with this administration.

Newsweek: I got u fam pic.twitter.com/Whx4JiNc0R

Smoking has been linked to erectile dysfunction. Did Newsweek link this to Obama? https://t.co/OKweU0AnPl

More hard-hitting journalism, this time from #newsweak. The last line says it all. @Newsweek has no basis for implying Propecia affects Trump whatsoever. It’s just more #fakenews. Did Newsweek even ask a single question about Hillary’s health after she passed out on her feet? https://t.co/2yAWI6tfBo

This is why no one reads Newsweek any longer.