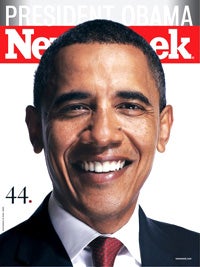 The Washington Post Company said on Wednesday that it is exploring a sale of Newsweek — a public admission that broad efforts to turn its struggling weekly news magazine have failed.

“The losses at Newsweek in 2007-2009 are a matter of record. Despite heroic efforts on the part of Newsweek’s management and staff, we expect it to still lose money in 2010. We are exploring all options to fix that problem. Newsweek is a lively, important magazine and website, and in the current climate, it might be a better fit elsewhere.”

Ad pages at Newsweek were down 20.4 percent during the first quarter, according to the Publishers Information Bureau. (Estimated ad revenues plummeted more than 40 percent, per PIB.)

All this despite a dramatic redesign, repositioning as a "thought leader" publication akin to the Economist, and a deep slashing of its circulation.

The company, which has owned Newsweek since 1961, said it has hired Allen & Co. to handle the sale.