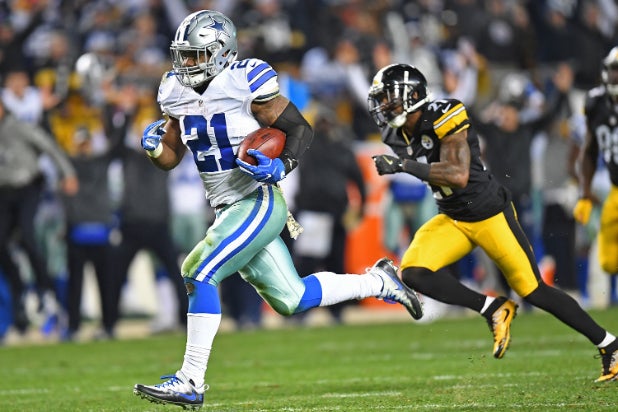 An NFL game has been canceled due to the coronavirus pandemic. On Thursday, the Pro Football Hall of Fame canceled the Dallas Cowboys vs. Pittsburgh Steelers game, which was intended to be the official kickoff of the 2020 NFL Preseason, due to COVID-19.

The two teams will face off to start the 2021 NFL Preseason instead.

“The health and safety of our Hall of Famers, fans and volunteers who make Enshrinement Week so special remains our top priority,” David Baker, the president and CEO of the Pro Football Hall of Fame, said in a statement. “The Hall will honor the Centennial Class of 2020 next August, along with what promises to be an equally spectacular Class of 2021, as part of a multi-day celebration of football with an atmosphere that will deliver for fans ‘Twice the Fun in ’21.'”

The exhibition game was scheduled for Aug. 6 in Canton, Ohio, which is the site of the Pro Football Hall of Fame. It was set to air on NBC. The Hall of Fame’s enshrinement ceremony for the class of 2020, which was set to take place two days later, has been postponed.

Until now, the NFL hasn’t missed an offseason event on its schedule — they’ve just been…different. In April, the National Football League held a virtual draft instead of the usual in-person extravaganza. The league’s free agency period has stayed on track, but has also followed social-distancing protocols.

The 2020 NFL regular season is supposed to start on Thursday, Sept. 10, when the Houston Texans visit Arrowhead Stadium and the defending Super Bowl Champion Kansas City Chiefs. Though it is a Thursday game, the regular season kickoff is a “Sunday Night Football” presentation, and thus, an NBC broadcast.

ESPN first reported the news of the 2020 Hall of Fame Game’s cancellation.