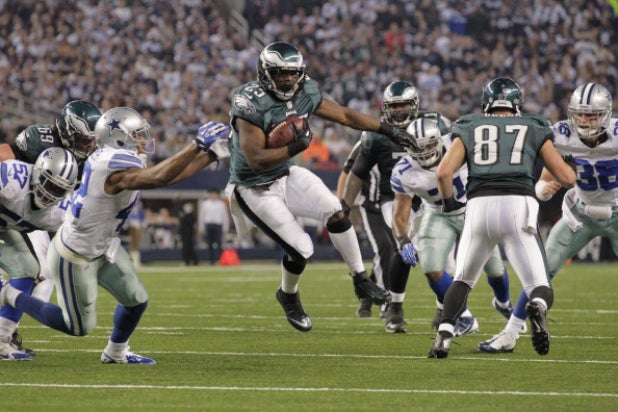 Regardless of who you root for, it was a good pro football season for those networks fortunate enough to be in on the sweet NFL action.

The 20th NFL on Fox regular season concluded Sunday as the network’s most-watched ever — since 1994 — and its highest-rated since 1995.

In terms of viewership, the NFL on Fox finished up 8 percent from prior year. The household rating represents a 6 percent uptick.

Fox also boasted Thursday that its “America’s Game of the Week” national broadcast had its best year yet and is currently the No. 1 show on all of TV for the fifth straight year. The weekly-designated game finished up 7 percent in household rating (15.9), with a 10 percent increase in average audience (27.2 million viewers) from prior year.

While the regular season has come to a conclusion, there is plenty more NFL for Fox. The network has the crown jewel in all of sports — and possibly TV itself — in the Super Bowl, which kicks off on Feb. 2 around 6:30 p.m. ET. The network will live-stream the Super Bowl for free once again, though the regular NFC playoff contests will sit behind a paywall.

Of course, Fox is not the only of those networks that benefitted from carrying America’s biggest sports league.

Earlier this week, NBC announced it’s “Sunday Night Football” success, touting it as the top show in primetime for the fourth consecutive fall season. In the key 18-49 demo, “SNF” was tops again for the sixth straight year.

Rounding out the upward trend, CBS hit the top ratings (11.1) for an AFC package since 1994, and second-highest viewership average (18.7 million) in its 26 years of measurements.