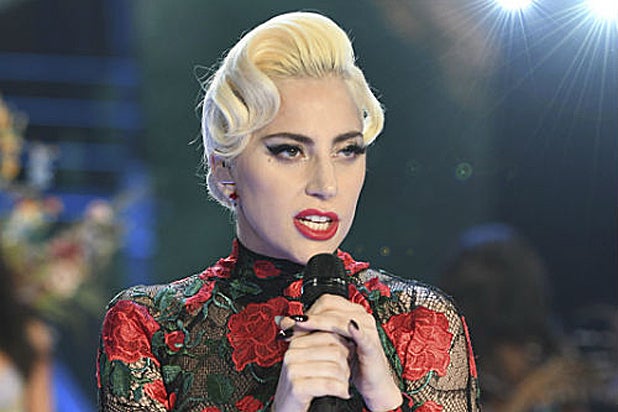 The NFL is disputing claims that it told Lady Gaga she can’t speak about politics or Donald Trump during her Super Bowl halftime performance, calling it “unsourced nonsense.”

“This is unsourced nonsense from people trying to stir up controversy where there is none,” NFL senior vice president of communications Natalie Ravitz told TheWrap. “The Super Bowl is a time when people really come together. Lady Gaga is focused on putting together an amazing show for fans and we love working with her on it; we aren’t going to be distracted by this.”

On Tuesday, Entertainment Tonight reported that a source close to the performance said, “Lady Gaga was told by the NFL that she cannot say anything or bring anything up about the election, or mention Donald Trump.”

The story remains on ET Online and will be featured on their nightly broadcast on Tuesday, an individual familiar with the matter said.

Gaga was a prominent Hillary Clinton supporter during the election. Outside of Trump Tower, Gaga hopped aboard a Department of Sanitation truck to hold up a sign that read “Love trumps hate” in November.

ET’s source also said that a guest will join Gaga during a song, although it’s been “tough getting a guest to sign on.”

“Two artists said no when they were asked to join her,” the source told ET.

In September, it was announced the “Perfect Illusion” singer would headline the halftime show at the next Super Bowl. This won’t be Gaga’s first time at the Big Game; she performed the National Anthem at last year’s Super Bowl in February.

The show — and — will take place February 5, 2017, at NRG Stadium in Houston. Fox will air the Big Game this time around.

A spokesperson for Lady Gaga has not yet responded to TheWrap’s request for comment.