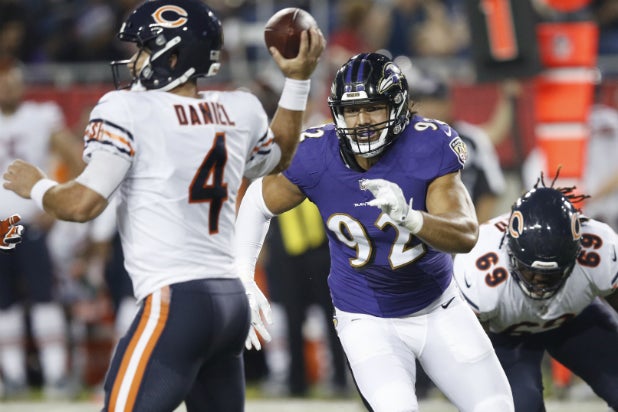 NBC was first in ratings with a 1.8 rating/9 share in the advertiser-coveted 18-49 demographic and in total viewers with an average of 6.5 million, according to preliminary numbers. The preseason game ran throughout primetime, averaging those Nielsen numbers. Due to the nature of live sports, however, these fast national figures for NBC should be considered subject to significant adjustment.

CBS and Fox tied for second in ratings, both with a 1.0/5. CBS was second in total viewers with 4.8 million viewers, Fox was third with 3.4 million.

Fox’s “The Four” finale was the only show on the network’s schedule, averaging those numbers above. Thursday marked a season high for the singing competition.

ABC and Telemundo tied for fourth in ratings, both with a 0.5. ABC had a 2 share, Telemundo got a 3. ABC was fourth in total viewers with 2.7 million, Telemundo was fifth with 1.4 million.