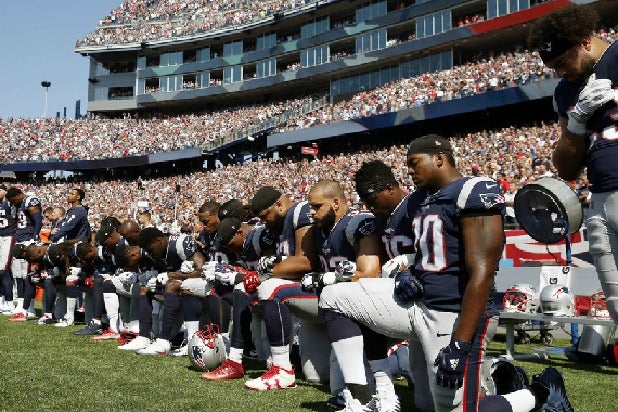 Seven-and-a-half percent of NFL viewers have taken a knee this season.

Through six weeks of the 2017 National Football League regular season, total viewers are down 7.5 percent on average, according to Nielsen. This year, NFL games have averaged 15.026 million total viewers versus 16.252 million in 2016. That’s inclusive of 38 televised games across Fox, CBS, NBC, ESPN and the NFL Network in both cases.

Here’s the real bad news: NFL ratings were already down 12.1 percent from 2015 to 2016. Is there a penalty for roughing the advertisers?

Hey, Weeks 4 and 5 ratings were pretty good! Unfortunately, the audience numbers for the others were not.

Going forward, much like the players themselves during the national anthem, commissioner Roger Goodell can only hope that they’ll rise.