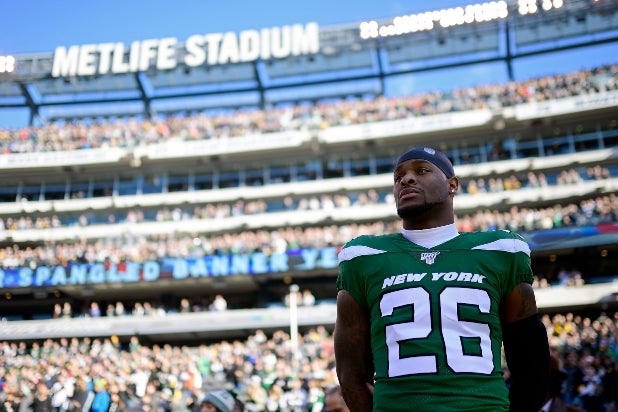 The NFL will play “Lift Ev’ry Voice,” known colloquially as the Black national anthem, before every game during the opening week of this coming season.

The song will be played prior to “The Star Spangled Banner,” either live in the stadium or via a recording, a source familiar with the league’s discussions told TheWrap. The season is scheduled to kick off with the defending champion Kansas City Chiefs hosting the Houston Texans on Sept. 10. Due to the uncertainties caused by the coronavirus pandemic, it is unknown if fans will be able to attend games this fall.

Additionally, the league is working with the NFL players union on ways to recognize victims of systemic racism throughout the season, including placing names of victims of jerseys or helmets.

Also Read: NFL Cancels 2020 Hall of Fame Game, the Kickoff to Preseason Football, Due to Coronavirus

The league’s increased focus on social justice comes four years after Colin Kaepernick began taking a knee during the national anthem to protest police brutality against minorities. Many other players followed his lead and it became a political flashpoint for two seasons, even drawing the ire of President Donald Trump, who labeled the kneeling players as “sons of b—-s.”

Though the protest waned in the past few seasons, the renewed focus on social issues and systemic racism after the killings of George Floyd, Breonna Taylor and Ahmaud Arbery among countless other Black victims of police brutality have led many players to hint they’ll be kneeling during the National Anthem this season.

In a video last month, NFL commissioner Roger Goodell admitted the league “got it wrong” four years ago and would take a stronger stance on social justice issues. The league has so far pledged $250 million over a 10-year period to “combat systemic racism.” Though the NFL’s about-face on the issue has led to increased hopes that Kaepernick would get a job again — Goodell has “encouraged” teams to sign him — the former San Francisco 49es quarterback still remains without a job since the end of the 2016 season.