With its stock up nearly 60 percent in 2017 and flirting with racing past $200 a share, Netflix’s banner year continues chugging along as the company heads into its third quarter earnings report on Monday afternoon.

Off a remarkably strong second quarter — blowing past subscriber projections and hitting 104 million customers across the globe — analysts are setting a high bar for CEO Reed Hastings and Co. Wall Street is anticipating  32 cents per share in earnings on $2.97 billion in revenue, which is a roughly 30 percent jump in sales year-over-year.

But barring a Venezuela-esque collapse on the numbers side, investors aren’t going to care. As usual with Netflix, it’ll come back to one core issue: How many subs, i.e. subscribers, did they add?

Expectations are set at about 750,000 new domestic customers and 3.65 million fresh international subs. Goldman Sachs said on Friday it anticipates Netflix will fly by those numbers, spurred on by its slate of top shows.

“We believe consensus subscriber estimates for Netflix ahead of Monday’s earnings remain too low, particularly for the quarter, 4Q, and beyond,” Goldman analyst Heath Terry said in a note to clients. “As we wrote at the beginning of the year, content remains the primary driver of subscriber growth and engagement (and the pricing power that comes with it).”

Translation: Good programming leads to more eyeballs. (That’s why they pay me the big bucks.) Netflix has climbed to the top of the streaming food chain on the strength of shows like “Glow,” “Narcos” and “House of Cards.” But that dominance comes at a cost, and Netflix has been shelling out the dough to keep the hits coming. The studio is pumping $6 billion into content in 2017, and is upping its budget to $7 billion next year. (For comparison, Hulu is at $2.5 billion this year, Amazon is at $4.5 billion and HBO spent about $2 billion in 2016.)

The effect of the content arms race was seen earlier this month, with Netflix increasing its subscription prices for the first time in two years. Its basic plan is remaining at $7.99 a month, but the “standard” package that lets users watch on two screens at the same time is moving from $9.99 to $10.99 a month; the “premium” plan — which bumps up access to four screens and offers ultra HD — is jumping from $11.99 to $13.99 a month. 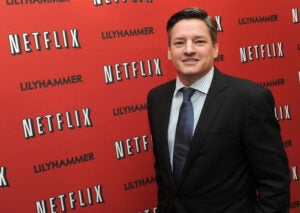 That modest increase should lead to at least modest blowback in the months ahead, right? Not really, according to investment manager Ross Gerber.

“Netflix just raised prices and with that comes an extra $1 billion in new revenue over the next 12 months. We don’t see anyone giving up Netflix from higher prices,” Gerber told TheWrap. “We also expect continued strong international sub growth.”

Morgan Stanley analyst Ben Swinburne echoed the same sentiment in a recent note to clients, bumping his price target for the company to $225 in the process.

“Netflix’s recent price increases in the U.S. and abroad are a positive indication of its confidence in the subscriber opportunity ahead and should help fuel content investments for future growth,” said Swinburne.

That confidence, Swinburne added, stems from the last time Netflix upped its prices, where many accounts that were “un-granfathered” from their original prices cancelled their accounts — only to come back later.

Here’s what it boils down to: Netflix needs to keep racking up the subscribers. To do that, it needs to spend on prestige shows, and increasing its monthly fees allows the studio to do that. The beast, in this case, is feeding itself. Wall Street doesn’t believe the audience is at the threshold where it’d balk at Netflix’s prices, and it has shown — with its stock jumping nearly 10 percent since the announcement early this month.

That doesn’t mean Netflix is impervious to challenges, however. Apple is throwing $1 billion into the content game, and Disney announced its plan to branch away from Netflix by the end of the decade.

“The risks to Netflix is all the other players trying to build streamers, including Disney, as there is a huge amount of Disney viewing on Netflix and the deal worked great for both,”  said Gerber. “Apple could be something for Netflix to worry about now that they pretty much own Sony Pictures Television.”

But those battles won’t be fought now, and they’re certainly not scaring away new subs desperate to binge the upcoming season of “Stranger Things.”

Yes, ”Stranger Things“ is returning Oct. 27, but here’s what else you should watch