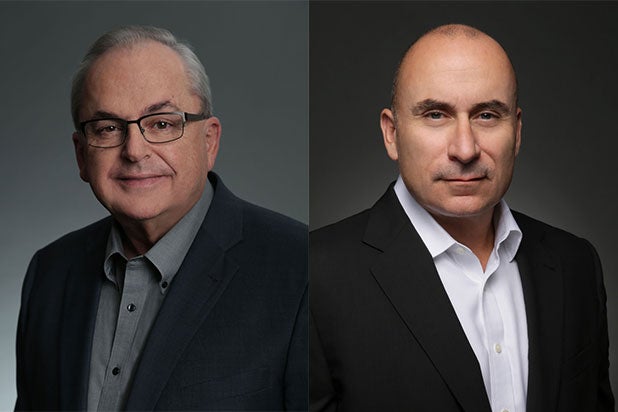 Industry veteran Nicholas Carpou is retiring from his post as President of Domestic Distribution at Universal Pictures, the studio announced Tuesday.

Carpou has been with the studio for more than 35 years and will assume an advisory role beginning in October. Current Executive Vice President and General Sales Manager Jim Orr will step into the role vacated by Carpou. Universal’s President and Chief Distribution Officer Peter Levinsohn will take on an expanded role.

“Even though he has the fatal flaw of being a lifelong San Francisco Giants fan, Nick has been my friend and trusted advisor since I joined the company,” said Jeff Shell, Chairman, Universal Filmed Entertainment Group, in a statement.  “While we will all miss his daily presence at the studio, the strong bench he’s built will continue to carry our word-class distribution team for years to come. His longevity is a testament to the trust placed in him by Universal’s executive team and countless filmmakers, and we wish him all the best in his much-deserved next chapter.”

“Universal has been my happy home for many years, during which I’ve been fortunate enough to befriend an amazing group of people — both within the company and in the Exhibition community. I eagerly look forward to exploring more fully lifelong interests, ones made richer by my association with so many dear friends,” added Carpou. “Ron, Jeff and Donna gave me this once-in-a-lifetime opportunity to lead our distribution team, and I am grateful to have spent the majority of my career working for the best in the business.”

Carpou was appointed President in 2015 and oversaw the domestic slate for the biggest year Hollywood had ever seen, with $6.89 billion in worldwide sales. Universal itself that year took in $2.45 billion and set records for the fastest a studio has ever reached $1 billion and $2 billion at the domestic box office. With “Furious 7,” “Jurassic World” and “Minions,” this also marked the first time a studio had three films cross $1 billion at the worldwide box office in one year.

He oversaw films like “Get Out” and “Split” to “Despicable Me 3” and “Jurassic World.” Orr has had more than 25 years of experience in distribution and joined Universal in June 2016 from the studio’s specialty division, Focus Features, where he began serving as President of Domestic Distribution in 2012. There, he oversaw the releases of films such as “London Has Fallen” and “The Theory of Everything.” Prior to that, he held positions at FilmDistrict, MGM and Paramount.