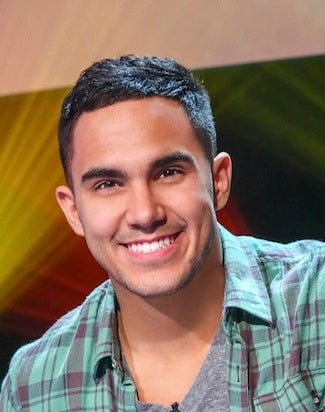 “Big Time Rush” fans are in for a treat.

PenaVega will guest star as a love interest for… wait for it… Sheryl Lee Ralph’s Maggie. On the episode, Maggie bribes James (Tylen Jacob Williams) and Aaron (Damarr Calhoun) with the promise of a snow machine to pretend to be her younger brothers when she starts dating a younger man (PenaVega), who happens to be blind.

The actor and singer will shoot the episode this week in L.A.

“Instant Mom” stars Tia Mowry-Hardrict as Stephanie, a former party girl who becomes a full-time stepmom to three kids when she marries the more traditional Charlie (Michael Boatman). Stephanie manages to keep it all together with the help of her mother Maggie (Ralph), she learns what being a mom really means. It also stars childs stars Sydney Park, Tylen Jacob Williams and Damarr Calhoun.

PenaVega starred as Carlos Garcia on Nickelodeon’s “Big Time Rush” for four seasons. He was also a member of the band of the same name. His TV credits include appearances on “Summerland,” “Judging Amy” and “ER.” He also hosts the Nick game show “Webheads.”