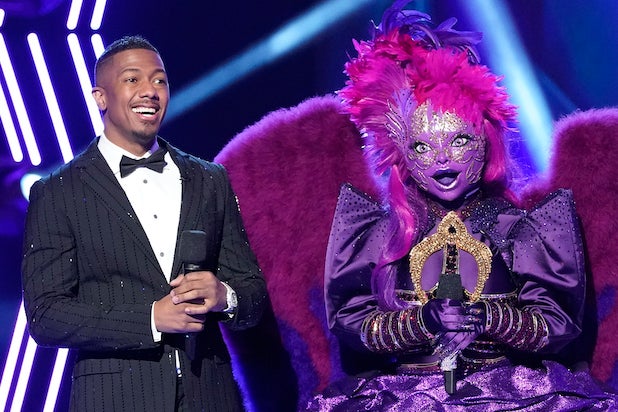 Fox is sticking by “The Masked Singer” host Nick Cannon following his Wednesday night apology for anti-Semitic comments made during a recent episode of his “Cannon’s Class” podcast.

“When we were made aware of Nick Cannon’s interview with Richard Griffin on YouTube, we immediately began a dialogue with Nick,” Fox said in a statement. “He is clear and remorseful that his words were wrong and lacked both understanding and context, and inadvertently promoted hate. This was important for us to observe. Nick has sincerely apologized, and quickly taken steps to educate himself and make amends. On that basis and given a belief that this moment calls for dialogue, we will move forward with Nick and help him advance this important conversation, broadly. Fox condemns all forms of hate directed toward any community and we will combat bigotry of any kind.”

The podcast episode in question featured an interview with former Public Enemy member Richard “Professor Griff” Griffin — who himself was fired from the hip-hop group for making anti-Semitic comments in a 1989 interview — and saw the pair repeatedly reference fringe conspiracy theories about Jewish people.

On Wednesday night, Cannon tweeted that he wanted to “extend my deepest and most sincere apologies to my Jewish sisters and brothers for the hurtful and divisive words that came out of my mouth during my interview with Richard Griffin,” adding that he feels “ashamed of the uninformed and naïve place that these words came from.”

Cannon has hosted all three seasons of “The Masked Singer” — the highest-rated show on broadcast television — since it premiered in January 2019, and began emceeing the competition’s post-show, “After the Mask,” when it launched midway through the recently ended Season 3. He will return as host for the upcoming fourth season this fall, which is scheduled to go into production in August.

Along with “Masked Singer,” Fox has has a development deal with Cannon, which includes a late-night TV series that has been in the works at the network since October 2018.

ViacomCBS cut ties with Cannon — the creator and host of “Wild ‘N Out” — on Tuesday over the comments he made on “Cannon’s Class,” which the media giant said “promoted hateful speech and spread anti-Semitic conspiracy theories.” In a statement, a spokesperson for the company also said they were “deeply troubled” by Cannon’s failure to “acknowledge or apologize for perpetuating anti-Semitism.”

Cannon pushed back against ViacomCBS in a lengthy Facebook post on Wednesday, demanding “full ownership” of “Wild ‘N Out,” which he referred to as a “billion dollar” brand,” and an apology from the company.

He said he received “dead silence” in return. “That’s when I realized they don’t want a conversation or growth, they wanted to put the young negro in his place,” Cannon wrote.

“It is absolutely untrue that Nick Cannon reached out to the Chair of ViacomCBS,” a representative for ViacomCBS and a spokesperson for Redstone both said in statements on Wednesday. When asked if Cannon had attempted to reach Redstone through intermediaries, both the ViacomCBS rep and Redstone’s rep said, “Not to my knowledge.”