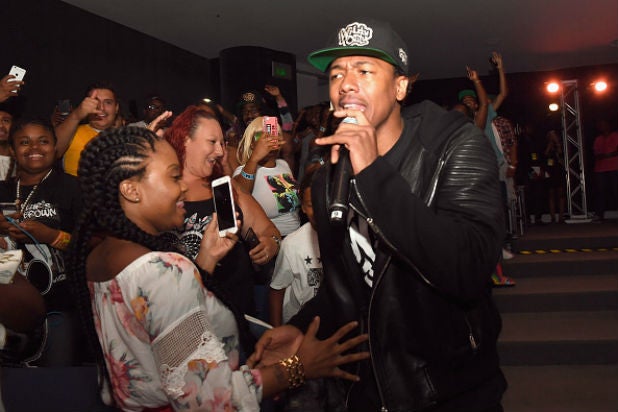 Nick Cannon is getting wild again for MTV, but this time he’s doing it in Brooklyn, New York.

“Nick Cannon Presents: Wild ‘N Out” has picked up a 10th season at the cable channel, TheWrap can announce exclusively. The new run begins Nov. 30 at 11 p.m.

The sketch and improv comedy series moves the action to Brooklyn for Season 10, where guests will include Wu-Tang, 21 Savage, Fabolous, Desiigner, Wyclef, Keyshia Cole, Gary Owen and Pete Davidson.

Also Read: Adrianne Palicki Was 'Devastated' Over Failed 'Wonder Woman' Pilot: 'We Were a Year' Too Soon

“I always wanted it to be authentic — there’s no scripts, there’s all real improv, I make all of the music on the spot myself,” Cannon tells TheWrap. “What you don’t see is the energy that’s actually in the room. I’m so excited that Season 10 is filmed in Brooklyn because the energy that comes out of Brooklyn is just insane.”

Cannon points out that “originally no one believed in the concept,” so he plunked down his own money to rent out comedy clubs and make the show happen. Thanks to his persistence, the show launched in 2005 with such talent as Kevin Hart and Katt Williams, and it has more recently helped propel the careers of Pete Davidson, Taran Killam and Mikey Day.

“We have legends on the new season,” Cannon said. “Wu-Tang Clan, everybody being on the same space, RZA, Raekwon — it was insane. Even people like Wyclef, so people get to see a funnier, more light-hearted side of him.”

“‘Wild ‘N Out’ is Nick Cannon,” Paul Ricci, senior vice president of alternative programming at MTV & VH1, tells TheWrap. “He drives the show, not just onstage. There are no decisions that get made without Nick being involved, and that’s what makes it work. This is his baby — he pours his heart and soul into it, and that in turn forces the cast and the crew to do the same.”

As usual, the new season will feature two teams competing to top each other with outlandish throwdowns.