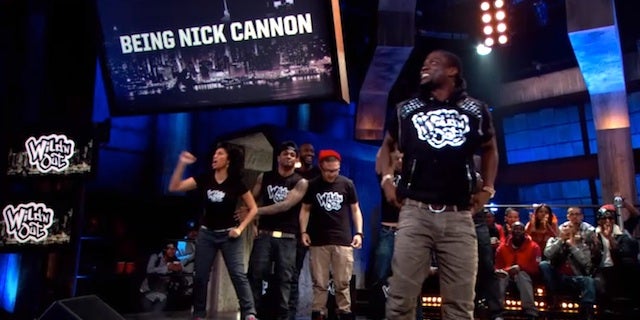 Nick Cannon and MTV2 are bringing back his comedic rap battle series starting Thursday at 11/10c.

Comedian and actor Kevin Hart returns to help kick off the re-launch and TheWrap has an exclusive preview from the premiere episode.

The last new episode of “Nick Cannon Presents: Wild’n Out” aired back in 2005. It pitted two teams against each other in old school rap battles. One team led by Cannon, the other by a guest star. After several theme rounds, the scores are tallied and one team is crowned the episode’s winner.

In its return to MTV2, much of the original cast has rejoined Cannon. But, the show has moved production to New York City. This season’s guest stars include Hart, Mac Miller, Mike Epps, A$AP Rocky, Macklemore, 2 Chainz and MGK.

In our exclusive clip below, Hart competes in a segment called “Being Nick Cannon” and shows a unique take on Mariah Carey.