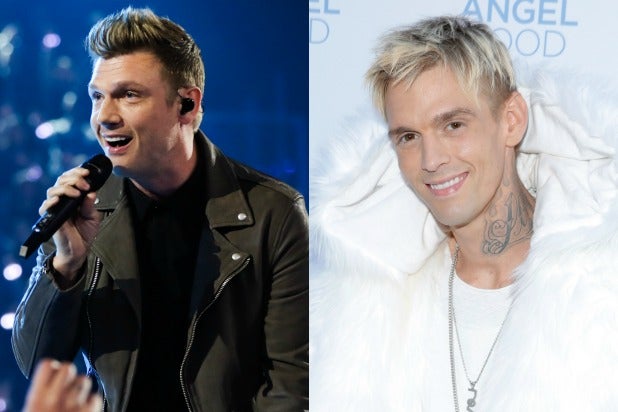 Nick Carter says he and his sister Angel “were required to seek a restraining order” against their brother, Aaron Carter, “to protect ourselves and our family.”

Older brother Nick, 39, cited what he called Aaron’s “increasingly alarming behavior” and his “recent confession that he harbors thoughts and intentions of killing my pregnant wife and unborn child.”

Aaron, 31, who actually first posted the news of the restraining order to Twitter, responded to Nick: “Take care…we’re done for life.” Aaron said he and Backstreet Boys singer Nick have not seen each other in four years.

Those tweets are below, including Nick’s full statement.

So my brother just got a a restraining order against me. And I was just served lol

On his Twitter page, Aaron had much, much more to say about Nick — including comments on a sexual assault case that was declined by the Los Angeles district attorney. Prosecutors in that 2018 case cited the statute of limitations as the reason they did not pursue the case.

Aaron Carter said his brother has sexually and physically assaulted numerous women and called on journalists to investigate Nick’s past.

TheWrap reached out to Nick Carter’s publicists and manager to present the Backstreet Boys singer with an opportunity to comment on the accusations cited by Aaron. His publicists declined comment and just referenced us back to Nick’s Twitter statement.

“Where is @rosemcgowan when you need her!!” Aaron tweeted at one point. “#CoverUp I’m here for these women!! @AshleyRepp @MelissaSchuman right by there side and I’m using my platform to help these women feel #Brave“

Aaron Carter appeared on an episode of “The Doctors” last week. There, he admitted to being a “drug addict” and that he has been “huffing” — doing inhalants of household and industrial chemicals — since his teenage years.