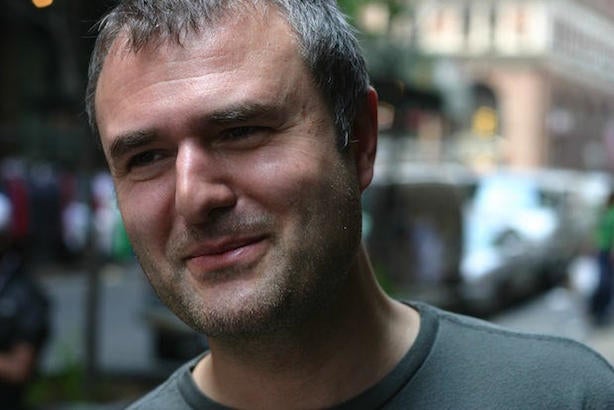 Gawker founder Nick Denton and Business Insider founder Henry Blodget danced around rumors of a possible merger on Wednesday, but would only admit that — yes! — the subject was broached during an exhaustively chronicled breakfast at Balthazar.

Speculation that the two widely read new media businesses are getting hitched has swirled since the internet entrepreneurs enjoyed their recent a.m. repast, fueled by stories in Capital New York and New York Post that examined the possibility.

“We both made the mistake of telling the truth,” Denton said at the Business Inside Ignition conference, noting that both he and Blodget had not denied that the subject was broached when reporters called for comment.

Both men praised for one another in stories related to their confab, but Denton was in fine, prickly form as Blodget grilled him about his editorial and professional ambitions.  He seemed more acerbic than admiring.

Blodget said that 97 percent of Gawker’s content was “pure awesome,” but also asked if members of its editorial team at sites like the Silcon Valley digital gossip rage Valleywag were congenitally grumpy.

“Are your folks congenitally credulous,” Denton shot back, noting that Business Insider tends to rhapsodize about anyone with a start up or some venture capital backing.

“Valleywag is an antidote to the bullshit that people like you, and you’re not the worst, offer,” he added.

“This partnership is off to a great start,” Blodget joked (it must be said, that the Business Insider chief seemed mostly amused by his interview subject).

Gawker, which also oversees the gossip and sports news site Defamer and Deadspin, is privately held and does not release its financial numbers, but Denton stressed that it is a strong position from a business standpoint. It attracts 100 million unique visitors, and Denton said the company is profitable. He projected that revenues were on track to improve by more than 30 percent this year.

In contrast, Business Insider draws an audience of 24 million, but lost $3 million in 2012 and journalism, according to a profile of founder Blodget in the New Yorker.

Denton said his editorial mission was simple, “expose everything.” Remaining true to that vision is more critical than short term profits or getting acquired by a larger media company, he argued.

“One of the reasons it did work is that we didn’t go into it saying we’re going to make money,” he noted.

Gawker, which revels in being rebellious and often profane, has attracted crowd by tossing bombs, Denton noted, making that whole money part possible despite his stated indifference.

“Whether they like or not, whether they admit it to their peers or not, [people] read us,” Denton said. “They’re young and they’re rich.”