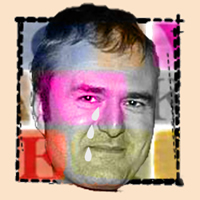 "The golden age of the blog is over."

So writes Nick Denton, the chief honcho at Gawker Media, explaining in an internal memo his reason for firing 19 people last week. This, even as he reports that his advertising is up 30 percent over last year. He’s cutting people and incentive bonuses, he says, because he expects advertising to go down.

So, now Nick Denton is laying people off, just like those dinosaurs in mainstream media.

What the Gawker empire represents is as transitory as the people he employs. Denton has indisputably proved that you can create a lucrative business model out of highly targeted blogs, fed by tightly managed staffs of journalists who’ve numbed themselves to nagging doubts that what they do every day is journalism.

If Gawker’s advertising goes down, it won’t only be because of the economic downturn. For years, Denton – a savvy businessman – has been incentivizing his staff to reach deeper into the gutter by paying people based on the number of page views (and what do you think gets more clicks – naked Lindsay commentary? or John McCain’s "unsubstantiated rumor" of a love triangle? And, yes, I wrote about John Edwards’ love shenanigans, when it became an issue of media ignoring a major story). Meanwhile, the Internet has mushroomed as a community where more and more people turn for information.

I know Denton’s traffic is up, overall. Nonetheless, I believe that readers and advertisers alike are fully saturated with the sort of substance-free-snark that feeds the Gawker machine and its many tentacles. There are really only so many times you can read "Britney Spears in Hail Mary Sex Embargo " before deciding you’d really rather do something, anything, else. And as newspapers wither, people need reported information.

It’s hard to come by on the Internet. The online world is changing and evolving, and quality is the next big thing. When the internet superhighway first debuted, it was pornography that drew all the eyeballs and clicks. The next wave was the independent bloggers — the likes of Wonkette, and Gawker and Defamer. As those got bought up by bigger companies, or grew into bigger companies, we’ve been flooded with attitude. Aggregation, and attitude. What about some well-reported facts, surrounded by intelligent analysis, in a timely manner? That’s what we’re hungry for.

Denton is ripe for mocking, and he knows it. "I could come up with some bullshit line about how much worse it would have been to wait until we were forced to control costs; or how much more unpleasant life will be at the many internet ventures and newspapers that won’t make it through the downturn," he writes. He then does this adorable pirouette to head off the expected snarkback: "Gawker Media is behaving like those big media companies that we mock so easily." (Used to? Does this mean they will no longer mock and smear and malign journalists at big media companies? Too late. Had I known, I might have stayed at The New York Times.)

Quality. And while I’m at it, let me publicly lament the flight of talented colleagues, Jeff Leeds of the Times and Gabriel Snyder, once of Variety, to the world of celebrity infotainment, and the kingdom of snark, respectively. Leeds, one of the best music journalists working (or, rather, not working) has gone to Buzznet, where he will be the editor-in-chief. Snyder becomes managing editor at Gawker. Like other journalists, they have to eat, so one can hardly blame them. But their joining the world of lowest-common-denominator-clicks makes those of us seekers in the world of information-that-matters the poorer.