Nick Holly, who worked in the entertainment industry as a writer, producer and literary agent and manager, has died at the age of 51, according to multiple media reports. Holly died Nov. 21 at his home in Santa Monica after battling lung cancer.

Known as the co-creator of the ABC comedy series “Sons & Daughters,” Holly began his career at CAA as a mailroom employee. From there, he moved on to become an agent at Buchwald and then launched his management company Epiphany Alliance. 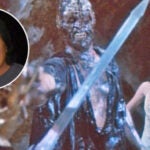 Also Read:
Albert Pyun, Director of Cult Films ‘Cyborg’ and ‘The Sword and the Sorcerer,’ Dies at 69

His resume includes writing for the YouTube animated series “The LeBrons” and executive producing the film “The Weekend.” He joined forces with his client Fred Goss to create “Sons and Daughters,” a half-hour comedy about a complicated family and their daily challenges. The series was produced by Lorne Michaels’ Broadway Video.

His sister Lauren, one of the stars of “NCIS” on CBS, also confirmed her brother’s death, which was first reported by Variety.