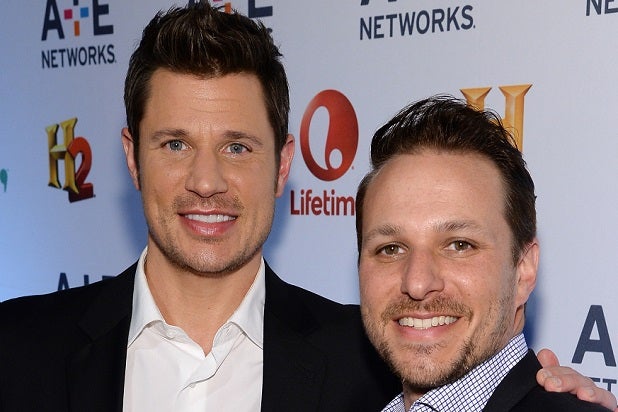 So, Nick Lachey walks into a bar…

The series, which has received an order for 10 half-hour episodes, will follow the Lachey brothers as they open a bar together in their hometown of Cincinnati, Ohio. Much like A&E’s reality series “Wahlburgers,” viewers can likely expect fraternal hijinks and teachable moments galore, if a description of the series is any indication.

“Despite their lack of knowledge about running a business, these determined brothers are ready to roll up their sleeves and learn the ins and outs of running a place where everybody knows your name,” A&E said of the upcoming show in a release. “Unfortunately, drinking experience doesn’t necessarily translate into drink-making experience … but they’re ready to learn.”

Leftfield Pictures (“Counting Cars,” “Pawn Stars”) is producing the series, which is slated for an early 2015 premiere.

Nick Lachey is no stranger to reality television, having starred in “Newlyweds: Nick and Jessica” with his then-wife Jessica Simpson.