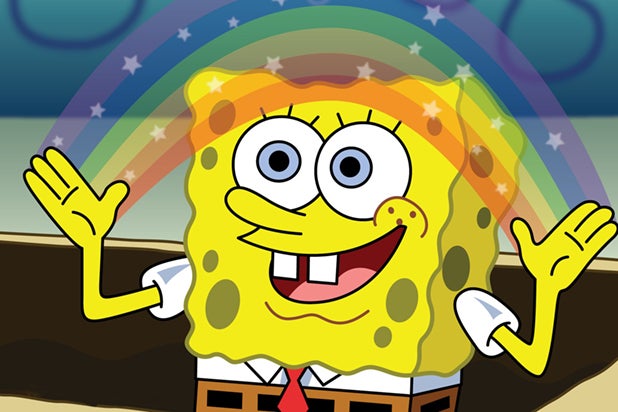 Nickelodeon has ordered a prequel series to its longrunning cartoon, “SpongeBob SquarePants” that will follow a young Spongebob during sleepaway camp.

The series, titled “Kamp Koral,” will see a 10-year-old SpongeBob during his summer the eponymous camp. In the series, SpongeBob and his pals spend the summer building underwater campfires, catching wild jellyfish, and swimming in Lake Yuckymuck at the craziest camp in the kelp forest, Kamp Koral. “SpongeBob SquarePants” Marc Ceccarelli and Vincent Waller will co-executive produce the prequel.

It won’t be a 2-dimensional cartoon like the flagship “SpongeBob,” but instead, computer-generated animation. This won’t be the first time “SpongeBob” gets the 3-D treatment. The 2015 movie, “The SpongeBob Movie: Sponge Out of Water,” was also CG-animated.

Also Read: 'SpongeBob SquarePants' Spinoffs in the Works at Nickelodeon

“‘SpongeBob’ has an incredible universe to expand upon and the greenlight for ‘Kamp Koral’ is a testament to the strength and longevity of these characters known and loved by generations of fans around the world,” said Ramsey Naito, Nickelodeon’s executive vice president of animation production and development.

The series is one of several planned spinoffs for the “SpongeBob” universe, which include potential standalone stories for side characters like Sandy Cheeks and Plankton.

Created by the late animator and marine biology teacher, Stephen Hillenburg, “SpongeBob” premiered on Nickelodeon in July 1999. The cartoon’s massive popularity has led to two feature films, 2004’s “The SpongeBob Squarepants Movie” and its 2015 sequel, as well as a Broadway musical.

The series is celebrating its 20th anniversary this year.