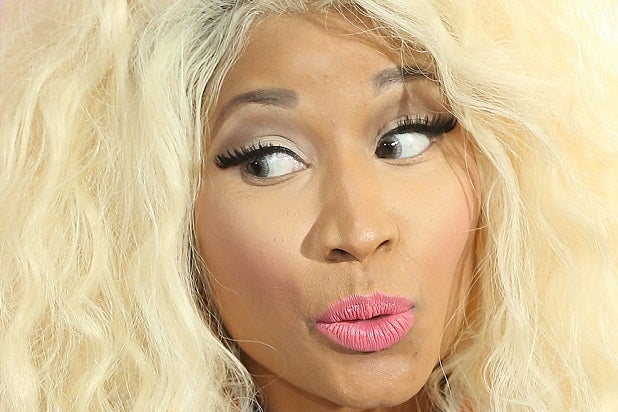 Nicki Minaj might be keeping abreast of the latest fashion trends a little too well, if a new lawsuit is to be believed.

“Anaconda” rapper Minaj has been slapped with a lawsuit over a T-shirt that features a design of an upside-down heart, stylized to resemble a pair of breasts.

In the suit filed in federal court in California on Tuesday, artist Isiah Eugene Simon says that he “created the following unique design of an inverted heart comprised of a woman’s chest and bikini (“Plaintiff’s Heart Design”), as seen in the following images.” (Yes, we’ve included the images for the purposes of comparison.)

Also Read: Ariana Grande's 'Side to Side' Is a Ripoff, Lawsuit Says

The suit states that Simon received a registration for the design from the U.S. Copyright Office for the design. However, according to the complaint, “Defendants brazenly [bra-zenly?] stole Plaintiff’s Heart Design and affixed it to shirts that promote MINAJ, as seen in the following image.”

The suit also lists Universal Music Group as a defendant, stating, “UMG offers the Infringing Shirt for sale on its website.” 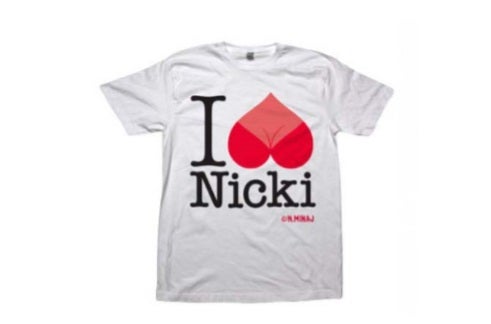 TheWrap has reached out to a representative for Minaj and UMG for comment on the suit, which alleges copyright infringement. As of this writing a response has not been received, but TheWrap will update the story if they decide they have something they want to get off their chests.

The suit is seeking an injunction preventing future infringement, plus unspecified damages.