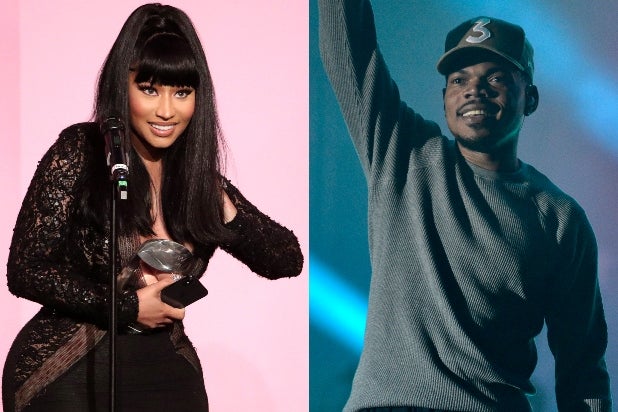 Nicki Minaj, Chance the Rapper, YBN Cordae and several other rappers took to social media to remember Pop Smoke, who joins Nipsey Hussle, Mac Miller, Juice WRLD, XXXTentacion, Lil Peep and others on the growing list of rappers who have died young in recent years.

Born Bashar Jackson, the 20-year-old “Dior” and “GATTI” rapper was shot and killed Wednesday morning at a Hollywood Hills home owned by “Real Housewives of Beverly Hills” star Teddi Mellencamp Arroyave and her husband Edwin Arroyave, according to TMZ.

The Los Angeles Police Department declined to identify the victim at this time but confirmed to TheWrap that a shooting occurred early this morning at the hands of an unknown number of suspects and that an African American male in his 20s was shot and killed.

Nicki Minaj led the tributes that began pouring in on Wednesday morning.

“The Bible tells us that jealousy is as cruel as the grave. Unbelievable. Rest In Peace, Pop,” Minaj wrote in an Instagram post Wednesday.

“Rest Up Pop Smoke, you were too young. God Bless and comfort your family. What a crazy trajectory you were on man smh,” he wrote.

Read these and more reactions below.

The Bible tells us that jealousy is as cruel as the grave. Unbelievable. Rest In Peace, Pop.

Pop Smoke. Juice WRLD, XXXtentacion. Why are we losing a generation of young rappers? ????????

My Condolences to Jackson Family !!! pic.twitter.com/ZOcBYb0VnL