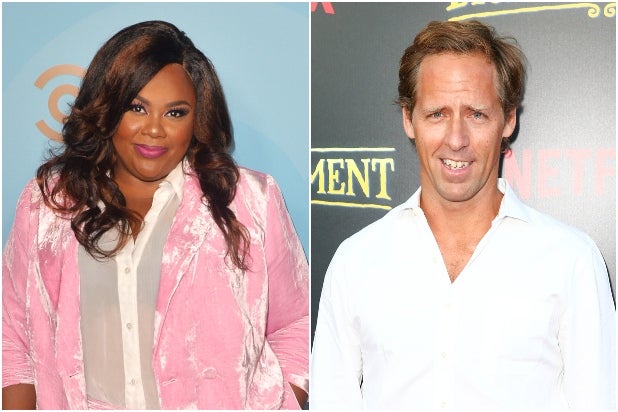 Nicole Byer and Nat Faxon are the latest additions to the cast of “Delilah,” HBO Max’s half-hour comedy pilot.

They join the previously cast Jessica Rothe (“Happy Death Day”), who plays Delilah and Michael McKean (“Better Call Saul”), who features as Tom Childs, a man who might be her father.

Byer will play Cassie, described as the only person in town to welcome Delilah and treat her as a friend. Faxon will play Brian, described as Tom’s oldest and angriest child and the heir apparent to run the family business.

Originally a U.K. project from Aisling Bea and Sharon Horgan, “Delilah” is being adapted for the U.S. by Kirker Butler. The comedy centers on Rothe’s Delilah, whose first step toward putting her life back together after a life-changing event is to introduce herself to a complete stranger who may or may not be her real father, and his family.

Byer is a comedian and actress known for MTV’s “Girl Code,” “Loosely Exactly Nicole,” and “Mike and Dave Need Wedding Dates.” She’s also appeared in “A Black Lady Sketch Show,” “Angie Tribeca,” “Tuca & Bertie,” “Brooklyn Nine-Nine,” as a voice in “Bojack Horseman.” She also has a podcast called “Why Won’t You Date Me?” in which she has friends and old flames on the show to ask the said question.

Faxon has appeared in “Bad Teacher” and “Euphoria,” and has voiced characters in “American Dad!,” and “Robot Chicken.” He was also a writer on “The Descendants.”

Between "It" and "Joker," Warner Bros. is turning Hot Girl Summer into Evil Clown Fall. What was once a symbol of silly circus fun has been turned into one of the most ubiquitous images in horror. So if you're in the mood for a circus from hell, there's plenty of evil clowns to choose from.