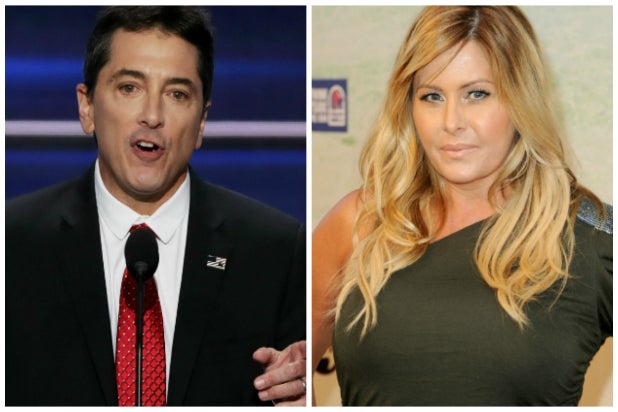 “Today Nicole Eggert and I met with two police detectives from the sexual assault unit at my law firm,” Bloom said. “Nicole answered all of their questions and told her story of sexual abuse by Scott Baio when she was a minor.”

In a tweet Tuesday, Eggert’s attorney, Lisa Bloom, said that they will “fully cooperate” with the police investigation.

Bloom added that many people have reached out saying that they observed Baio behaving inappropriately when Eggert was a minor.

Also Read: Scott Baio Denies Sexual Misconduct With Nicole Eggert: 'This Has Got to Stop'

“We will fully cooperate with the LAPD investigation. Many have reached out to Nicole and me to say that they witnessed inappropriate behavior from Scott Baio when Nicole was underage,” Bloom’s tweet read. “If anyone else has information about this matter please contact us.”

A spokeswoman for the Los Angeles Police Department confirmed to TheWrap on Tuesday that “Robbery Homicide detectives met with Eggert and are investigating allegations she has made against Scott Baio.”

Late last month, Eggert told Megyn Kelly that Baio penetrated her with his finger when she was 14.

“That happened quite often, through the age of 16,” she said of the touching. “More than 10 times, more like probably once a week. And then on set, there was just a lot of groping, a lot of fondling, a lot of pulling me on his lap, trying to sneak kisses in the back, which other cast members saw.”

Baio has repeatedly denied Eggert’s allegations. In a Facebook Live video in January,the actor said that Eggert “seduced me,” though she wasn’t a minor at the time.

“My reputation is being damaged, my family is being put through this, and I’m done,” Baio added.

We will fully cooperate with the LAPD investigation. Many have reached out to Nicole and me to say that they witnessed inappropriate behavior from Scott Baio when Nicole was underage. If anyone else has information about this matter please contact us.https://t.co/t3xwm4g1AK