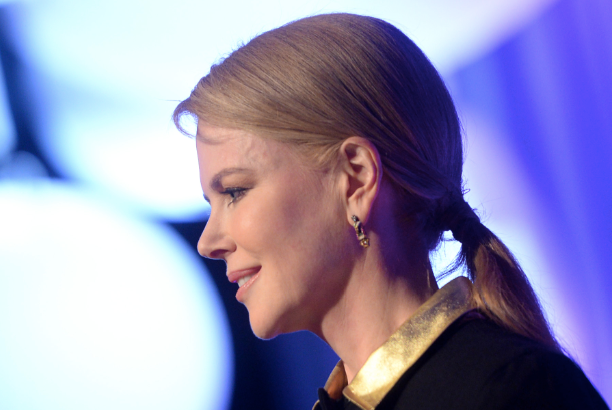 Nicole Kidman said life with Tom Cruise was surreal, yet deeply romantic in a new interview with Vanity Fair.

The kind of media scrutiny the couple endured during their decade-long marriage has rarely been equaled, Kidman noted, saying that few people other than Brad Pitt and Angelina Jolie could understand the flashbulb intensity of that kind of love affair.

“If you really focus on each other and you’re in that bubble, it’s very intoxicating, because it’s just the two of you,” Kidman tells the magazine. “And there is only one other person that’s going through it. So it brings you very close, and it’s deeply romantic. I’m sure Brad and Angelina have that–because there’s nobody else that understands it except that person who’s sleeping right next to you.”

Kidman was apparently booked by Vanity Fair for its December cover before her upcoming project “Grace of Monaco,” about Grace Kelly, was pushed from a Christmas season release to a March 2014 debut. Whatever the particulars of her cover selection may be, the actress, who is now married to country singer Keith Urban, was in a reflective mood.

She told Vanity Fair contributing editor Sam Kashner that her Oscar-winning role as Virginia Woolf in 2002’s “The Hours” helped her get her priorities in order, with the author’s suicide scene providing a moment of epiphany.

“Walking into the river with those stones in my pockets–I chose life,” Kidman said. “At the time, I was at a low point, and by playing her, it put me into a place of appreciating life.”