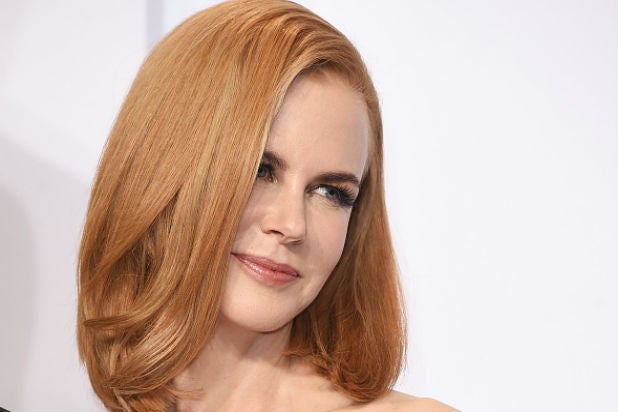 Oscar winner Nicole Kidman is in ongoing negotiations to play a high-ranking Amazonian warrior alongside Gal Gadot in WB’s “Wonder Woman,” an individual familiar with the project has told TheWrap.

Patty Jenkins is directing the comic book movie, which will co-star Chris Pine as Wonder Woman’s love interest Steve Trevor — who isn’t around to just send flowers and kill spiders.

While Kidman’s potential role has yet to be confirmed, the Queen of the Amazons in the “Wonder Woman” comics is Hyppolyta, who also happens to be Diana Prince’s biological mother — though it’s unclear whether the film will remain faithful to that storyline.

Wonder Woman will be introduced in next year’s “Batman v Superman: Dawn of Justice” before her solo movie hits theaters on June 23, 2017.

Kidman, who is coming off the hit family film “Paddington,” next stars in “The Secret In Their Eyes” alongside Chiwetel Ejiofor and Julia Roberts. She has also wrapped Garth Davis‘ drama “Lion,” which co-stars Rooney Mara and Dev Patel. Kidman is attached to star in Adrian Lyne’s thriller “The Silent Wife” and Jean-Marc Vallee‘s limited series at HBO, “Big Little Lies,” which co-stars Reese Witherspoon. Kidman is also producing “Big Little Lies,” which could be beneficial for her in navigating the tricky shooting schedule for “Wonder Woman.”

The Australian actress, who is nearly six-feet-tall, is no stranger to comic book movies, having played Val Kilmer‘s love interest in “Batman Forever.”