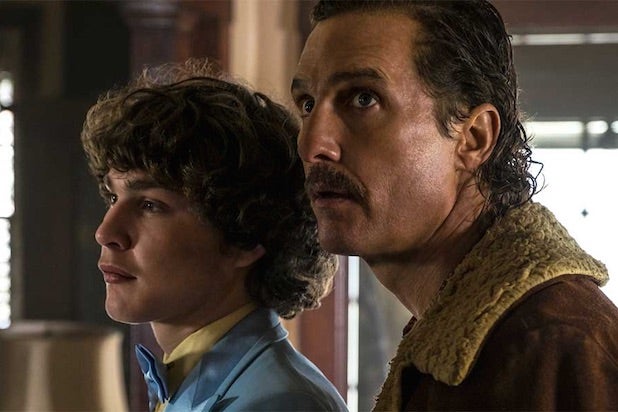 The 2018 Telluride Film Festival will feature the world premieres of Joel Edgerton’s “Boy Erased,” starring Lucas Hedges and Nicole Kidman; David Lowery’s “The Old Man & the Gun,” featuring a performance that Robert Redford said will be his last; and Yann Demange’s “White Boy Rick,” with Matthew McConaughey and Bruce Dern.

On Thursday, Telluride organizers announced a lineup that includes those films, as well as a number of others that are premiering at the Venice Film Festival, including Damien Chazelle’s “First Man,” Alfonso Cuaron’s “Roma” and Yorgos Lanthimos’ “The Favourite.”

Other films at the festival will include Jason Reitman’s drama about presidential candidate Gary Hart, “The Front Runner”; Marielle Heller’s “Can You Ever Forgive Me?” with Melissa McCarthy; Karyn Kusama’s “Destroyer,” with Kidman; Mike Leigh’s period drama “Peterloo”; and Hirokazu Kore-eda’s Palme d’Or winner, “Shoplifters.”

Tributes will be presented to Cuaron in connection with a screening of “Roma,” to actress Emma Stone with “The Favourite,” and to Cambodian director Rithy Panh with “Graves Without a Name.”

Guest director Jonathan Lethem will also present a selection of revival screenings, including Ernst Lubitsch’s “Angel” and “To Be or Not To Be,” Carroll Ballard’s “Never Cry Wolf” and Douglas Sirk’s “The Tarnished Angels.”

Unlike the other major fall festivals that kick off awards season, Venice and Toronto, Telluride doesn’t announce its lineup ahead of time. Instead, it sells tickets on faith and waits until the day before the festival begins to reveal the lineup.

But nobody who was paying attention to the Toronto lineup, which marks its Telluride-bound films as “Canadian premieres,” would be surprised by the slate of films headed to the Colorado mountain town.

And nobody would be surprised if a number of Telluride films end up in this year’s awards conversation. The last eight Best Picture winners have screened at Telluride, with last year’s lineup including three of the nine eventual Best Picture nominees – “Darkest Hour,” “Lady Bird” and the eventual winner, “The Shape of Water” – along with one Oscar doc nominee, “Faces Places,” and two foreign-language nominees, “Loveless” and the winning “A Fantastic Woman.”

The festival begins on Friday, Aug. 31 and runs through Monday, Sept. 3, with the premieres and tributes taking place on Friday, Saturday and Sunday.