With health and safety top of mind, WrapWomen has created a digital-first experience for the 2020 BE Mentorship Conference. This year’s event will focus on providing opportunities for the next generation of women in media and entertainment, specifically underrepresented voices within the community. Speakers and mentors will address topics dedicated to breaking barriers, inspiring action and creating a more inclusive industry. Attendees will select from sessions designed to cultivate change through storytelling, entrepreneurship and personal development. 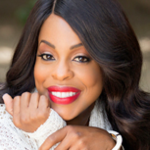 Niecy Nash is an Emmy-winning producer and twice-nominated actress. She currently headlines TNT’s drama, “Claws” and the Lifetime film “Stolen by my Mother.” Her recent credits include HBO’s “Getting On,” Netflix’s limited Ava DuVernay series “When They See Us,” FOX’s “Scream Queens,” Showtime’s “Masters of Sex” and TV Land’s “The Soul Man.” Additionally, Nash is developing various television and film projects through her own production company, Chocolate Chick, Inc. 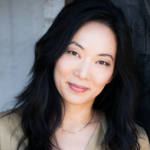 Jessica Yu won an Academy Award for her documentary short “Breathing Lessons: The Life and Work of Mark O’Brien” and was recently nominated for an Emmy and a DGA award for her directing on “Fosse/Verdon.” Her episodic credits include “Hollywood,” “Billions,” “13 Reasons Why,” “This Is Us,” “American Crime,” “The West Wing” and the Netflix comedy special “Old Baby.” 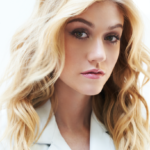 Katherine McNamara is an actress and singer best known for her television roles in Freeform’s “Shadow Hunters” and the CW’s “Arrow.” This past spring, McNamara wrapped production on CBS’s new mini-series “The Stand,” based on Stephen King’s novel, as well as the upcoming film “Push” alongside Victoria Justice. McNamara is also a champion for the United Nations Foundation’s girl empowerment campaign, Girl Up. 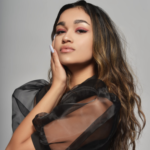 Madison Bailey stars on Netflix’s series “Outer Banks” as Kiara. She is currently recurring on NBC’s “Council of Dads” and recently had a recurring role as Wendy on the CW’s “Black Lightning”. Madison hails from North Carolina and currently resides in Los Angeles. In her free time she likes to sing, and many of her covers can be found on her Instagram.

WrapWomen is a power base of influential women of entertainment, media, technology and brands committed to changing the face of their industries. Through media and live events, we provide a platform to accelerate the vision of women who are building towards a more equitable world. Click here to sign up for our newsletter to receive weekly updates on industry trends, career opportunities, celebrity hot takes and insider tips.