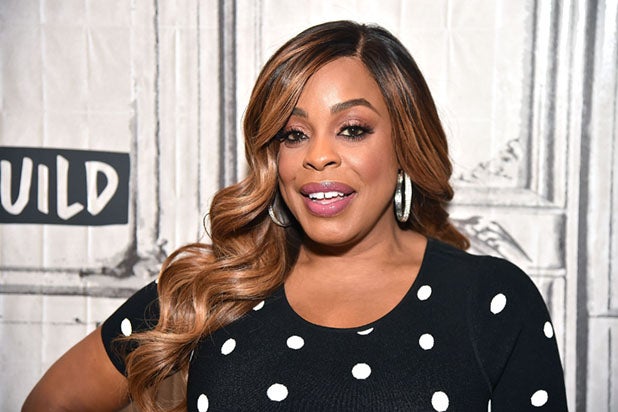 TNT is getting deeper into its relationship with “Claws” star Niecy Nash, announcing Monday it has ordered a pilot of her late-night series “Naked With Niecy Nash.”

Per the cable network’s description, the program is a “unique show with a late-night feel hosted and executive produced by the queen of ‘Claws’ and author of the best-selling book ‘It’s Hard to Fight Naked,’ the inimitable Niecy Nash.

“Nash, never afraid to get real and tell it like it is, will serve up a tall glass of humor, advice, and one-of-a-kind ‘Niecy-isms’ on all things love, sex, romance and relationships with everyday people. The pilot will tap Niecy’s unparalleled strengths to inspire, empower and make viewers laugh out loud. Nothing is off limits and no topic will be out-of-reach.”

TNT promises “you have never seen a late-night show–or Niecy–like this before: uninhibited, totally transparent and not afraid to ‘get naked.'”

“I’m so excited to add my voice to the late-night landscape,” Nash said in a statement. She added, “Love is the thing we were created for but it’s also the place we struggle the most… until now! This is going to be a fun and sexy ride! TNT is the perfect partner for me in this endeavor! Adding an experienced and amazing executive producer and showrunner like Sue Murphy to this mix was the cherry on top.”

“Niecy’s award-nominated work in our hit series, Claws, doesn’t even begin to cover the range of talent she can bring to television,” Sarah Aubrey, EVP, original programming, TNT, added. “Her improvisational skills, laugh-out-loud sense of humor, honesty, and thoughtfulness about the subjects of love and relationships made her book, It’s Hard to Fight Naked, a best-seller, and make Sue Murphy and Niecy Nash the perfect team to bring this type of playful show to TNT. Despite the title, Niecy will be doing the pilot fully-clothed.”

The late-night program is a co-production between Turner’s Studio T and Telepictures, a division of Warner Bros. Unscripted & Alternative Television. The series is also produced by Nash’s production company, Chocolate Chick.