Nigel Lythgoe, who has served as head judge of “So You Think You Can Dance” since the launch of the series, said Friday he won’t be returning to the judges’ table when the show returns to Fox.

Lythgoe, who co-created the dance competition with Simon Fuller, tweeted: “I am so thrilled that America’s young aspiring dance talent will get to work with some of our greatest creative choreographers. On a personally sad note, I have not been asked to be on the judging panel this season. I don’t know who will be saying ‘Cue Music’ but I wish them well.”

“SYTYCD” was put on hold during the pandemic, but is finally coming back after a nearly three-year hiatus. Fox announced Wednesday the show will return for its 17th season this summer.

Auditions are being done through online submissions beginning this month. Callbacks will be held in New York, New Orleans and Los Angeles. Another round — in front of the judges — will follow, again, in LA.

“SYTYCD” hails from Industrial Media’s 19 Entertainment and MRC. The series is executive-produced by co-creator Lythgoe, Jeff Thacker, Rosie Seitchik, and Eli Holzman and Aaron Saidman on behalf of 19 Entertainment. Seitchik is serving as showrunner. 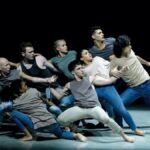 Also Read:
‘So You Think You Can Dance’ to Return to Fox This Summer After 3-Year Hiatus