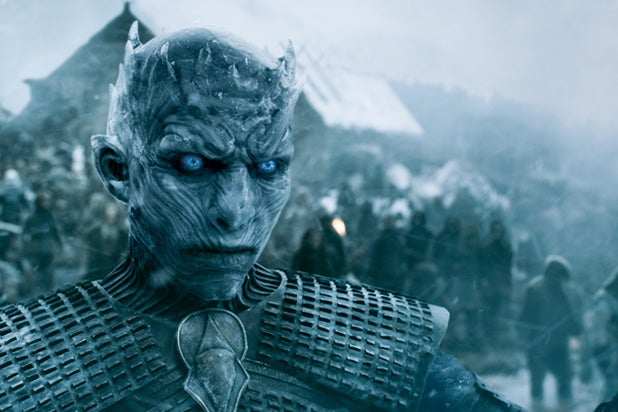 When winter gets here (not the real one, the Westeros one), you won’t have to wait long to see the epic battle “Game of Thrones” has cooked up for its final season, as the Night King himself (Vladimír Furdík) has revealed the showdown between the White Walkers and the residents of the Seven Kingdoms will take place halfway through the series’ remaining six episodes.

“In the third episode of the last season, there is a battle that the creators intended to be a historic moment in television,” Furdík said at a fan convention in Hungary, according to site SorozatWiki. The quote was then verified by a native Hungarian speaker in a story published by Mashable Tuesday.

As you die-hard “GoT” fans — and probably anyone who is even a casual viewer at this point — already know, this is rumored to be not just the biggest battle that the HBO series has ever seen, but apparently the largest-scale fight scene in the history of television. The sequence took 55 nights to film outside, and still required additional time in a studio to complete.

“It’s brutal. It makes the Battle of the Bastards look like a theme park,” Peter Dinklage previously told Entertainment Weekly.

According to Furdík, nearly the entire installment is comprised of the battle-to-end-all-battles. “Almost the full episode will be about the battle, it will take about one hour,” Furdík said.

“Game of Thrones” eighth and final season will premiere in April 2019 on HBO.