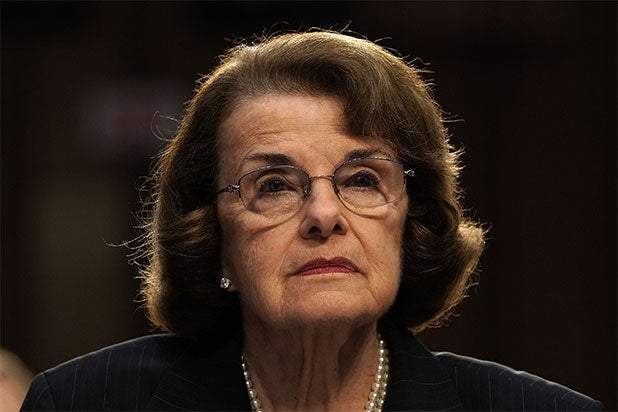 In Netflix’s “Night Stalker” docuseries, investigators try to find and apprehend Richard Ramirez, a serial killer who terrorized the L.A. streets in the 80s. And while they were on his tail, one political figure unknowingly tipped the killer off and almost derailed the entire investigation.

Ramirez, first known as the “Walk-In Killer,” invaded homes, murdering and sexually assaulting the residents, from June 1984 to August 1985. He used a wide variety of weapons and would leave behind satanic symbols.

When Ramirez killed the accountant Peter Pan in his San Francisco home in 1985, evidence of the crime made it all the way up to then-Mayor Dianne Feinstein, which would be a tipping point in the investigation.

Holding a news conference, she held up a police sketch of the killer, and also went on to describe the evidence from all the cases throughout the state — crucial information that hadn’t been made public. And by then, investigators knew Ramirez was watching the news, because he told a surviving victim, “I am the Night Stalker.”

Feinstein gave up the caliber of gun, his type of shoe, and the fact he left foot prints.

One of the only trails investigators had was a shoe print he left in a flower bed in one of his earlier murders. In the process of finding the shoe to match it, investigators found out it was an Avia-brand shoe, an uncommon one at the time. Heading straight to the manufacturer, they looked through spreadsheets where the shoes were distributed in the United States, and only size 11.5 black shoes (the ones he was wearing) were manufactured. Five went to Arizona, and one was sold in Los Angeles.

“He could’ve left us a signed signature,” Frank Salerno, one of the lead investigators on the case, says in the docuseries.

Somehow, reporters heard about the shoe print lead and threatened to print it. This was problematic for investigators because that would mean the killer could just change his shoe, and the lead would go cold. However, reporters were convinced to withhold that information from the public. But as it turns out, the chief of police had never told Feinstein to not release it.

Investigators never were able to find the shoes after that. According to author Philip Carlo’s biography of Ramirez, “The Night Stalker: The True Story of America’s Most Feared Serial Killer,”  following Feinstein’s press conference, Ramirez walked to the middle of the Golden Gate Bridge and “dropped the size 11 1/2 Avia sneakers into the water.”

On September 20, 1989, Ramirez was convicted of all charges: 13 counts of murder, five attempted murders, 11 sexual assaults and 14 burglaries, although he’s assumed to have committed many more crimes. He was sentenced to death — but in 2013, he died of cancer in prison, after serving 23 years on death row.

You can read 10 of the most shocking details of the series here.