“I remember laughing when the audience laughed, even though I probably didn’t understand the joke,” he told TheWrap. “Then I would repeat those jokes to friends. In fact, I got kicked out of the 6th grade talent show for doing Steve Martin jokes." 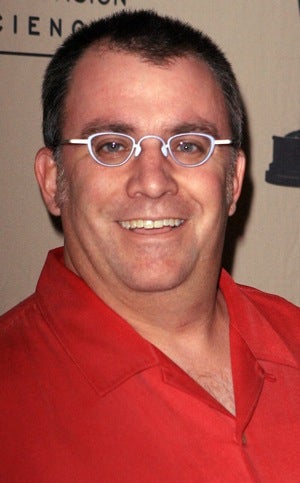 It was an important lesson learned. After spending his days catering to Disney’s tween-and-younger crowd, by night the veteran comedy writer and showrunner plays to adults as the co-founder of the bang Comedy Theater and Improv Studio in Los Angeles.
It’s a seeming contradiction, but Murrieta insists not. “It doesn’t really feel like a dichotomy,” he said. “It’s more of an extension.”
Maybe not, but over the years, the bang has drawn decidedly adult actors and comedians such as Jeremy Piven, Sarah Silverman, Margaret Cho and Kathy Griffin to perform.
And in a demonstration of the markedly different material Murrieta offers in his nocturnal guise, one recent show at the bang, called "Streep Tease," featured male actors performing monologues from Meryl Streep’s films.
Murrieta said that an over-the-top take on a particularly dramatic selection from "Sophie’s Choice" was a crowd favorite.
Murrieta started bang with his wife Aliza in 1995, and he still spends eight hours a week performing or watching shows at the theater.
Asked what draws big names to the little theater, he said it was its approach to improvisation. Unlike troupes such as the Groundlings, bang emphasizes long-form improvisation, where a suggestion from the audience prompts several scenes that flow together.
Despite having spent so much time in the distinctly adult world of comedy clubs and theaters, Murrieta has respect for a childish approach to humor.
He believes that his grounding in improv has made him a more flexible writer, and encourages the young actors on the set of “Wizards” to riff. “I think the older you get the more you have to work to stay open and joyful, but that’s not work for kids.”
The Disney show, which centers on three wizard siblings and their struggles to balance their burgeoning magical powers with the pressures of growing up, has been both a ratings and critical hit for the network. In 2009, Murrieta took home an Emmy award for his work on the show.
“It is currently on the shelf with my older son’s baseball trophy in his room,” Murrieta said.
Before “Wizards,” Murrieta was co-executive producer on “Hope and Faith,” which starred Kelly Ripa and Faith Ford, which struggled to maintain an audience throughout its three-season run.
“We were trying to do a broad comedy at time when it seemed like network comedy was gearing toward shows like ‘The Office,’” Murrieta said. “I think it was zigging when everyone was zagging.”
The show is notable for one reason. It helped introduce the world to “Transformers” star Megan Fox, who played Ford’s daughter.
“Of course, she wasn’t Megan Fox then,” Murrieta said. “I don’t even think she had her first tattoo yet.”
“When she plays a snooty little know-it-all who trades on her looks, like she did on our show and recently on ‘SNL,’ then she’s very funny,” Murrieta adds. “She hasn’t really been asked to do that in the Michael Bay films."
As for the future, Murrieta is pleased that Rich Ross, his old boss at the Disney Channel, was recently tapped to run the film studio. "It bodes well for me,” Murrieta said. “If I want to go do something now, I have a good connection.”
Murrieta respects Ross’ ability to make superstars out of the channel’s tween icons, and he thinks Ross will bring similar skills to the corporate suite.
“I think one of the reasons that Rich has been so successful at Disney is that we live in world where it’s about more than just one thing,” Murrieta said. “For good or bad, it’s now no longer can we just make a great movie or show?”
Of course, if the Ross connection doesn’t work, Murrieta can always go back to his old job — decorating sets for films like “The Mask,” which he did when he moved to Hollywood.
Murrieta recalls of his contribution to the Jim Carrey comedy: “All the interiors at the Coconut Grove nightclub represent many, many manhours of me moving sofas and fake trees.”
FEATURED VIDEO (SPONSORED)
x
Looks like you're enjoying reading