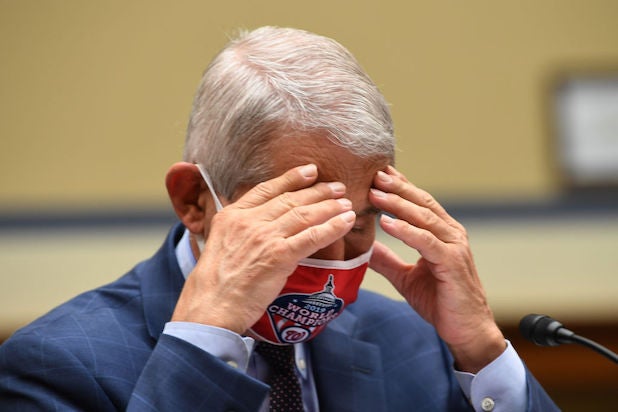 William Crews, a public affairs specialist at the National Institute of Allergy and Infectious Diseases, will “retire” from his position after being exposed for writing online pseudonymous posts that trashed Anthony Fauci as a “mask nazi,” spewed misinformation about the pandemic and called for the public execution of health officials.

“NIAID first learned of this matter this morning, and Mr. Crews has informed us of his intention to retire,” a spokesperson for the NIAID, Kathy Stover, said in a statement on Monday. “We have no further comments on this as it is a personnel matter.”

Crews’ online posts were first revealed by the Daily Beast, which reported on Monday that Crews had been writing pieces for RedState, a conservative website, under the name “streiff” and was listed as the site’s managing editor. Included in his posts were comments that described Fauci, the director of the very agency Crews worked for, as “attention-grubbing and media-whoring.”

In another post, Crews also falsely said the pandemic was a “massive fraud perpetrated upon the American people by ‘experts’ who were determined to fundamentally change the way the country lives and is organized and governed.”

“If there were justice, we’d send and [sic] few dozen of these fascists to the gallows and gibbet their tarred bodies in chains until they fall apart,” Crews wrote.