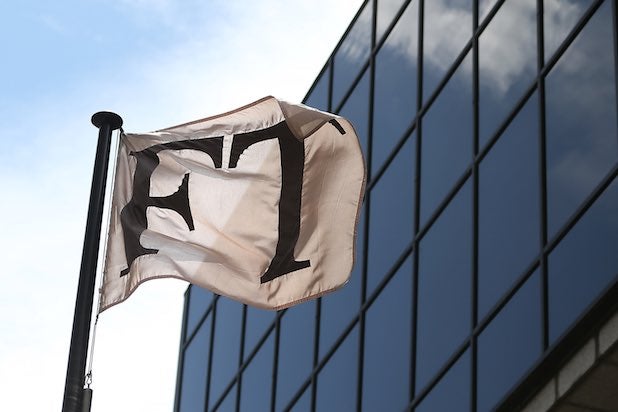 One of the world’s oldest newspapers is moving to a new country.

British company Pearson announced on Thursday that it has agreed to sell the Financial Times Group to Japan’s Nikkei Inc. for a gross consideration of £844 million ($1.31 billion), payable in cash.

The transaction is subject to a number of regulatory approvals and is expected to close during the fourth quarter of 2015. The agreement, however, does not include FT Group’s London property at One Southwark Bridge and Pearson’s 50 percent stake in The Economist Group.

Pearson said it will be 100 percent focused on its global education strategy after unloading the FT Group, as the company sees a “huge opportunity to grow our business through increasing access to high quality education globally.”

“Pearson has been a proud proprietor of the FT for nearly 60 years. But we’ve reached an inflection point in media, driven by the explosive growth of mobile and social,” Pearson Chief Executive John Fallon said in a statement. “In this new environment, the best way to ensure the FT’s journalistic and commercial success is for it to be part of a global, digital news company.”

Also Read: Donald Trump Fires Back at Des Moines Register's Call for Him to Withdraw From Presidential Race

“I am extremely proud of teaming up with the Financial Times, one of the most prestigious news organizations in the world,” said Tsuneo Kita, chairman and Group CEO of Nikkei, said in a statement. “Our motto of providing high-quality reporting on economic and other news, while maintaining fairness and impartiality, is very close to that of the FT. We share the same journalistic values. Together, we will strive to contribute to the development of the global economy.”

Nikkei Inc., the largest independent business media group in Asia, acts as an operating holding company with newspaper Nikkei as a core. Group operations include books and magazines, digital media, database services, broadcasting and other activities such as economic and cultural events.

At the FT, total circulation across print and digital rose more than 30 percent over the last five years to 737,000, with digital circulation growing to represent 70 percent of the total, from 24 percent, and mobile driving almost half of all traffic. Content and services now account for the majority of revenue.

Pearson reported that a contribution will be made to the Pearson group pension plan following closing of the transaction, expected to be around £90 million ($140 million), and the company “has committed to fund the pension plan to self-sufficiency in the near term.” Most of the proceeds from the deal will be subject to UK Substantial Shareholder Exemption taxation relief, but Pearson expects to pay tax of approximately £60 million ($93 million). Pearson will use the balance of the proceeds for general corporate purposes and global education investment.