The song’s title and opening sequence are inspired by Waters’ 1974 dark comedy “Female Trouble,” which starred pioneering drag queen Divine (aka Harris Glenn Milstead) as Dawn Davenport. All Dawn wanted for Christmas is cha cha heels, and she throws a fit when she doesn’t get them. West recreated the sequence (view the original here), right down to Dawn’s brown bouffant and babydoll nightgown.

The music video then transitions to a pie scene that mirrors “Serial Mom” and a dreamy dance sequence inspired by “Hairspray.” West talked to TheWrap about the inspiration behind the music video.

“I wrote the song last summer and it was really important for me to write something that was distinctly Christmas, distinctly queer, distinctly LGBTQ, and hadn’t really been done before.” West said. “I hadn’t seen a litany of [Waters’] material in pop culture so I was like, ‘I’m going to write a whole song about this scene from “Female Trouble” with Divine wanting those cha cha heels.'”

“I am a gigantic John Waters fan. I am supremely informed by Divine and his aesthetic and style of drag,” West continued. “The subject matter that I write about for sketches or shows or songs are all stuff that I’m really familiar with or things that I really love. So if it’s Disney or musical theater or in this case John Waters, I’m celebrating something that means a lot to me.”

Season 7 of “Drag Race” had a John Waters challenge and at the time, many of the younger contestants and fans didn’t understand how he and Divine were pioneers in queer and drag culture, respectively. Season 10 contestant Eureka even considered played Divine on “Drag Race’s” Snatch Game (she eventually played Honey Boo Boo instead, not being able to draw upon enough Divine references). That’s something West hopes will change with this video. 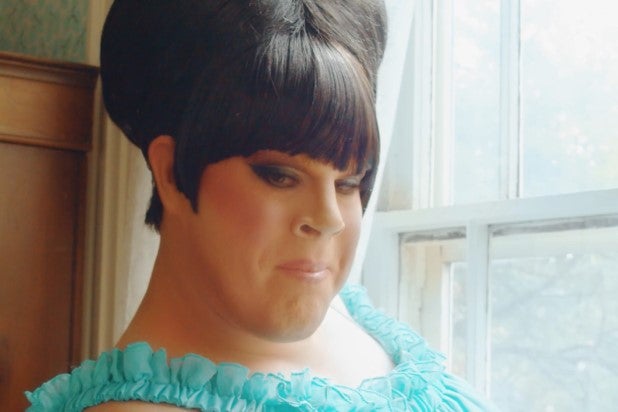 “He is a cultural touchstone that for so many years belonged to an underground cult following that has been distinctly queer. ‘Drag Race’ put him out in the world, but fans didn’t even connect the fact that “Hairspray: The Musical” was John Waters-inspired. It came from his film!”

“John Waters is the king of camp and trash for a reason. He’s the one who made a drag queen, for all intents and purposes, viral,” West continued. “He and Divine he created this world that hadn’t been seen before. Divine was everywhere, at Studio 54 and invading pop culture. As john waters became more famous, Divine became more famous. It’s important for us as queer artists and queer storytellers and queer consumers to remember that is part of our history.”

West shared one final thought about Waters and his influence:

“His voice has influenced artists like RuPaul. If you watch a movie like ‘Starbooty’ [RuPaul’s early underground film], it was clearly inspired by John Waters, hands down. You see that touchstone then affects the life of the most famous drag queen in the world, RuPaul.”

So will West return for an “All-Stars” season and drop some more Waters’/Divine expertise?

“I would absolutely go back All-Stars,” she answered. “But I would trepidatiously say I had a really solid run and I feel like I did good work. I’m really proud of that work and what I was able to do with my Season 11 sisters. Would I be able to capture that lightning in the bottle again? You can’t go back and be the same thing. That’s not what the audience wants or the artist wants. If I go back, I have to decide that I want to win.”