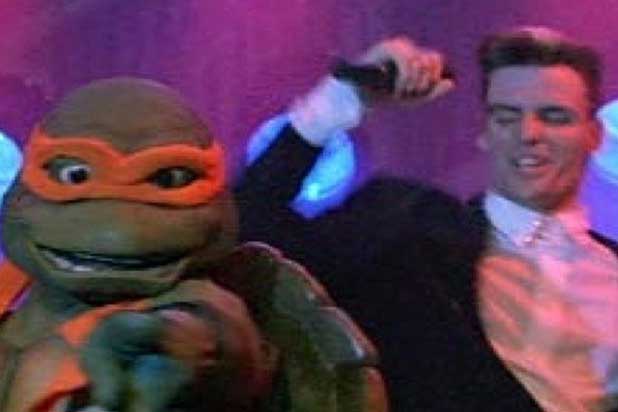 There have been dozens of epic feuds in rap’s long and contentious history: this might be the weirdest.

“With respect to all of the artists, the song doesn’t really do it for me. It feels a little artificial — what I mean by that is that it sounds like a bunch of executives in the corporate world put it together.” Ice told GQ.

“It really does not fit the theme of the Ninja Turtles legend. I think you have to understand, and be a true Ninja, to possess the Magic to really pull off the secret sound.”

While Ice wrote “Ninja Rap” for the “Teenage Mutant Ninja Turtles II: The Secret of the Ooze” soundtrack, he remains best known for his 1990 hit “Ice Ice Baby,” and that one time he destroyed an MTV set with a baseball bat.

Hear both songs below: