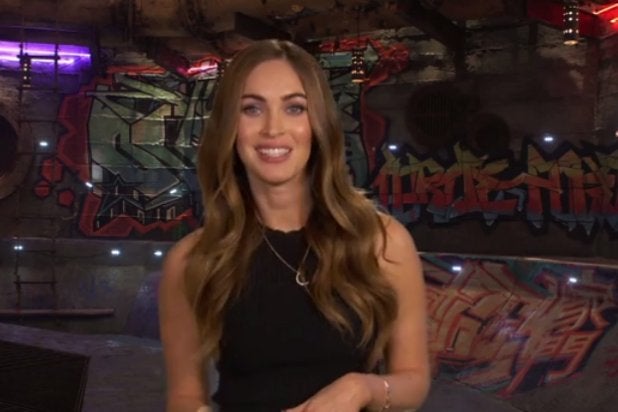 Megan Fox is not interested in your criticisms of her latest adventure in cinema, thank you very much.

The actress, who plays enterprising reporter and reptile confidante April O’Neil in the new “Teenage Mutant Ninja Turtles” movie, was very clear in a press conference Friday about her disregard for the sort of geeks who get outraged over things like whether mutant turtles are actually aliens.

“Let me tell you something about those people: How much money did ‘Transformers 4’ make?” she asked, very rhetorically. “Exactly. Those people can complain – they all go to the theater. They’re gonna love it – and if they don’t love it, they can fuck off, and that’s the end of that.”

Fox, of course, has a track record with Bay’s robots in disguise franchise, as she starred in the series’ first two extravaganzas. She had a falling out with the director that led her to be more-or-less booted from the landmark franchise, but she has obviously made good with Bay, who is producing the “Turtles” reboot.

The film, from Paramount and Nickelodeon, hits theaters for fans and haters alike on August 8.