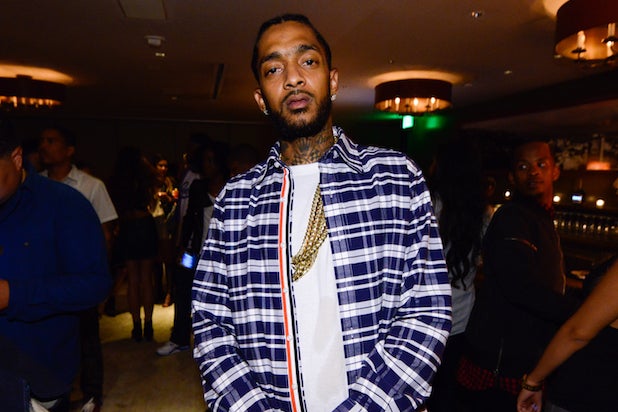 Another chapter unfolds in the notorious East coast versus West coast beef between rappers Meek Mill and The Game, with Nipsey Hussle reaching out to the dueling duo to come to an understanding.

“Hip hop need to stop gassing this ‘beef’ between The Game and Meek Mill,” Nipsey tweeted Sunday, adding that they need to “sit down like men and express they differences.”

The Game and Meek Mill have been feuding for the past few days over a robbery and assault involving Sean Kingston that occurred at Hollywood’s Penthouse Nightclub & Dayclub back in June, and the pair haven’t been shy of spewing their disses over social media.

Also Read: The Game's Entourage Fired Upon in Miami After Meek Mill Diss

The Compton based rapper accused Meek Mill of being a snitch, believing that he ratted him out to Kingston telling the Jamaican-American pop artist that The Game was behind his assault and robbery. Since, The Game posted a picture of a dead rat on his social media account and has been captioning photos with the rat emoji.

Nipsey had enough, he called out his fellow artists for being dismal role models — and made sure to tag the two in his tweets so they get the message loud and clear.

“This internet s— is a divide and conquer. The Game u got a lot of young blac men on yo payroll. Same w Meek Mill this is bad leadership,” tweeted the “Crenshaw” rapper.

Read the rest of Nipsey’s tweets below.

Hip hop need to stop gassing this "beef" between @thegame and @MeekMill …. niggas gone sit down like men and express they differences

And come to and understanding

Behind publicity or rap music or social pressure from the people.

If someone's in tha wrong then it should be handled….and then everyone get bac to the money @thegame @MeekMill

This internet shit is a divide and conquer. @thegame u got a lot of young blac men on yo payroll. Same w @MeekMill this is bad leadership..