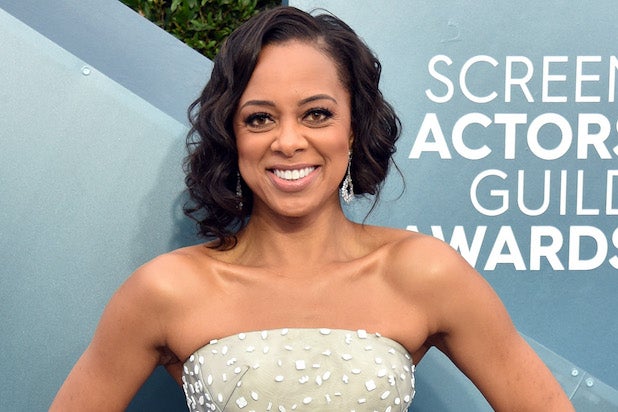 Nischelle Turner has been promoted to co-host of “Entertainment Tonight.” She’ll now anchor the entertainment newsmagazine program alongside existing host Kevin Frazier on a full-time basis.

“Nischelle can do it all. She can go from a heartfelt conversation with Oscar winner Viola Davis about the impact of Cicely Tyson to singing karaoke on a balcony with Jimmy Fallon. She is warm, thoughtful, and full of energy,” Erin Johnson, “Entertainment Tonight’s” executive producer, said in a statement on Thursday. “Celebrities respect her skills as a seasoned journalist, and our audience has taken notice of her fun chemistry with Kevin (Frazier). There is no one more deserving to lead ‘ET’ in our history making 40th season and beyond.”

Frazier, who earlier this week helped make headlines with his Sharon Osbourne interview, could use the help: Former longtime “Entertainment Tonight” host Nancy O’Dell left the show in 2019. Turner, who is a regular CNN contributor, joined “ET” as a correspondent in 2014.

Turner’s a busy woman these days. In addition to her now-permanent “ET” gig, she is also set to host new CBS series “Secret Celebrity Renovation,” which premieres this summer. Read all about that “Celebrity IOU”-sounding series here.

Turner began her journalism career as a reporter and fill-in anchor at WEHT in Evansville, Indiana. She then moved to WVUE-TV FOX8 in New Orleans, Louisiana, before making her way out west. Turner joined KTTV in Los Angeles in 2004 as a reporter on “Good Day LA” and as an anchor for “Good Day LA Weekend.”

“Entertainment Tonight” is produced and distributed by CBS Media Ventures. With Turner elevated to host alongside Frazier, Lauren Zima, Rachel Smith and Matt Cohen are left as correspondents.