It’s been far too quiet over at Disney, where I’m told that David Bergstein’s exclusive negotiating window to buy Miramax is up on Thursday.

He’s been trying to get it extended because, visibly, the deal is not done. 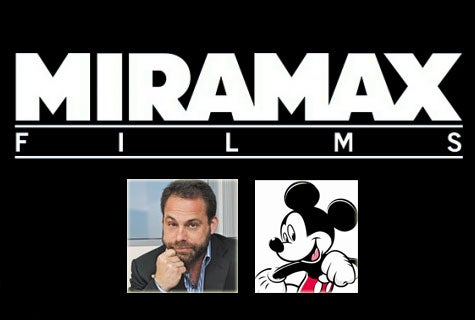 What has happened over the past two weeks since the controversial financier-producer jumped ahead of his rivals, the Gores brothers, to secure an exclusive negotiating spot?

It does not appear to be major progress.

Bergstein, who has myriad financial troubles with creditors and courts, picked up where the Weinstein brothers left off from an offer position of $650 million. That was in the neighborhood Disney has wanted for the Miramax library.

The deal should and could have been done at that number. Especially after Ron Burkle cut his bid with the Weinsteins to just $565 million.

But while Bergstein and his billionaire partner Ron Tutor have been telling Disney that they intend to pay all cash, they still want the support of banks to provide them with debt to finance the play.

That’s the problem, as WaxWord has been telling you all along. Potential lenders including Fortress and Deutsche Bank have balked at the financial analysis that supports such a high valuation.

What worries the banks is what lies in Disney’s five-year-old exit deal with Harvey and Bob Weinstein, who got divorced from the company but retained the rights to 15 Miramax franchise films (though not the name of the company).

Whoever owns the Miramax library will need the consent of the Weinstein brothers be able to make sequels or any other projects based on the original film properties Spy Kids, Scream, Scary Movie, Halloween, Pulp Fiction, Sin City and several others.

Valuation experts have placed the value of those franchises at somewhere between $150 million to $200 million. That would be close to one-third of the value of the deal Bergstein is seeking to make with Disney.

Without the active cooperation of the Weinsteins – whose attempt to buy Miramax with billionaire Ron Burkle foundered a couple of weeks ago – the banks are having a hard time justifying the high valuation.

Meanwhile, the Hollywood guilds have gone to Disney to protest their potential deal with Bergstein. The financier is in legal dispute with the guilds over money they say he owes their members for past productions.

So what happens if there’s no deal?

I predict that Harvey Weinstein will step back in and try to close a new deal.  The founder of Miramax still wants it very badly – and that’s Disney’s best chance for someone to overpay.