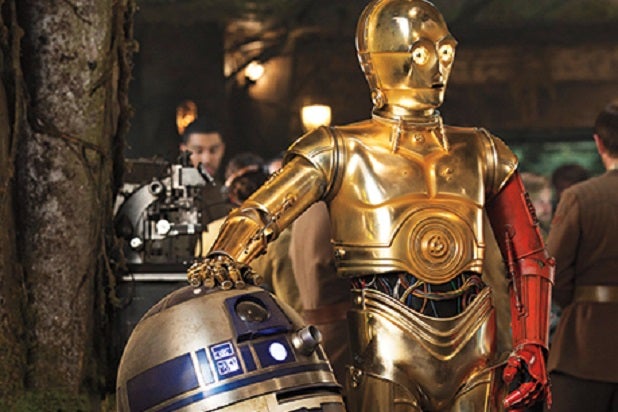 Both humans and robots make mistakes, but bots are quicker, cheaper, and don’t require 401K retirement plans or medical insurance.

As part of an international trend toward machine-written news reporting, Google is giving the United Kingdom’s Press Association an $800,000 award to create robot journalists.

The use of artificial intelligence is expected to help the overseas Press Association to churn out 30,000 additional articles every month. The award was announced on July 6.

Lucy A. Dalglish, dean and professor at the University of Maryland journalism school, said that robots are spreading to newsrooms around the globe, especially to write stories about sporting events, which are data-driven stories.

“Efforts like this have been in the works for about a decade,” Daglish told TheWrap.

Robots are already being used by several major media companies.

The paper put Heliograf into action to assist coverage of the Olympic games in Brazil and congressional races in the 2016 election, where it automatically updated stories about voting returns.

According to Wired, the Post’s program still depends on editors to create “narrative templates” for the stories and uses Heliograf to access a data sources, such as the data clearinghouse VoteSmart.org for election stories.

The Heliograf software then matches the relevant data with the editors’ pre-written templates for each race, and merges the two together for the first published version of an election story. The bots then automatically update the published stories with updated election returns. But reporters still add analysis and a more specific narrative to the important races.

The Post wants to use Heliograf to expand readership by targeting various niche audiences with specialized stories.

“It’s the Bezos concept of the Everything Store,” Shailesh Prakash, the Post’s CIO and VP of digital product development told Wired. “But growing is where you need a machine to help you, because we can’t have that many humans. We’d go bankrupt.”

The other news organizations that have artificial intelligence to create content include USA Today, which uses Wibbitz; Reuters, which uses News Tracer; and Buzzfeed, which uses Buzz Bot, and the Associated Press. The Post tested a headline bot called Bandito last year.

But robots still have embarrassing glitches.

The Los Angeles Times was ridiculed when Quakebot, its automated earthquake reporting program, mistakenly reported that a large earthquake with a magnitude of 6.8 shook Santa Barbara on June 21. The newspaper quickly ran a correction, saying the quake actually occurred in 1925.

“As much as technologists would argue journalists can be completely replaced, they can’t,” journalism professor Dalglish said.

Dalglish said that newsrooms still “need true wordsmiths who can make stories sing (both online and in broadcast).” And editors still need humans who can “spot potentially libelous stories or can spot flaws in the data.”