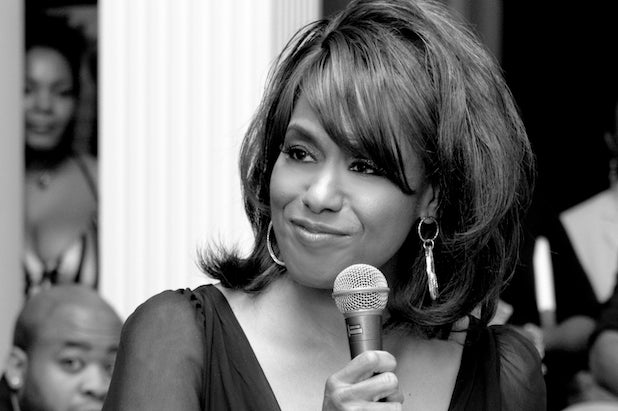 Jennifer Holliday’s publicist is pushing back on a TMZ article in which the gossip site claims the real reason the Broadway legend canceled her performance at Donald Trump’s inauguration was because “people threatened to kill her and her family.”

The report flies in the face of Holliday’s recent mea culpa, in which the Grammy and Tony winner apologized to her gay fans for what she called “a lapse in judgment.”

“Her main reason for backing out was because of the hurt many in the LGBT community felt,” her publicist Bill Carpenter told TheWrap, adding that Holliday “did receive some death threats but we don’t know how credible they were.”

As TheWrap first reported, Holliday announced she was canceling her planned performance at a Trump inaugural concert on Jan. 19 following criticism from her fans.

In an open letter addressed to “MY BELOVED LGBT COMMUNITY,” Holliday apologized for being “uneducated on the issues” and “for causing such dismay and heartbreak to my fans.”

But on Monday, TMZ reported that “her agent contacted the Inauguration Committee, he said the reason was death threats.”

TMZ publicist Casey Carver told TheWrap in an email: “we are told from the Trump people – the stated reason they got for the cancellation was death threats and no reference was made to LGBT.”

Carpenter said he never spoke to Trump’s inaugural team, as the TMZ article claims. But rather it was Trump’s team who approached Holliday through one of her friends. He said the only reason Holliday didn’t get into the main reason for the cancellation is because “she didn’t think they’d be sensitive to that issue.”

He noted that the death threats started coming early on Friday after the Trump team jumped the gun and announced her participation while she was still mulling it over. It was only that night, after she said yes, that she read about the pain she had caused her LGBT fans and decided to cancel.

Carpenter shared an email message Holliday received from one of her fans that he said was a factor in her decision to cancel: “I have been one of Ms. Holliday’s biggest fans since I first saw her on Broadway in the original ‘Dreamgirls.'” the fan wrote. “Today, she broke my heart!”

Carpenter also dismissed TMZ’s claim that, “a rep for the singer tells us her primary concern was the safety of her family.”

He sent TheWrap his the entire email thread with TMZ, in which he told the site that, “after receiving so many calls and emails begging her not to perform and reading up on the issues that made many of Jennifer’s fans offered as reasons not to perform; she thought about it the rest of the evening and then decided after midnight on Saturday morning not to participate.”

After TMZ asked specifically about the death threats, he responded that, “It was all of those things. She wasn’t scared to perform. She didn’t want to put her family at risk based on the death threats and she also didn’t want to offend the LGBT community which was especially upset that a past ally would perform on a program with President-Elect Donald Trump.”

Carpenter also said that he “wouldn’t grant TMZ an interview today so this is the route they are now taking in order to get their own story angle.”

The email chain shows he did in fact decline TMZ’s request for an interview.

You can read the entire exchange below:

A few more questions, what were the death threats, were they specific about the threats they were making?  How many did she receive?  How was she receiving them (phone calls, email, social media?)  Would love to get her side out more.  Any details you can share.

It was all of those things. She wasn’t scared to perform. She didn’t want to put her family at risk based on the death threats and she also didn’t want to offend the LGBT community
which was especially upset that a past ally would perform on a program with President-Elect Donald Trump.

Jennifer isn’t available for an interview but to answer your question about the inauguration,

Last Wednesday, the Inaugural committee called Jennifer and invited her to perform.

Jennifer said that she’d think about it.

Friday morning, the inaugural committee released a statement that Jennifer would perform, although,
she still had not said that she would perform.

Around 6 PM Friday afternoon, she decided to do the event.

After receiving so many calls and emails begging her not to perform and reading up on the issues
that made many of Jennifer’s fans offered as reasons not to perform; she thought about it the rest of the evening
and then decided after midnight on Saturday morning not to participate.

I wanted to reach out for 2 different request for Jennifer.

She had said on record that she was performing at the inauguration for the people last week but today she said she never committed to perform.  Just want to clarify her statements.

The other request, Harvey would love for her to skype into TMZ Live today to talk about the inauguration and not performing.  This will only take about 5 minutes of her time, we can shoot this anytime today between 1pm – 3pm est.

Editor’s note: This story had been updated to include the email threat between Carpenter and TMZ.