The justice department has released details about several people charged with misusing those funds. Instead of supporting their sinking businesses, some individuals purchased high priced sports cars, visits to strip clubs and even a single prized Pokémon card. The good news: They all got caught.

Purchases like these fuel a federal watchdog’s claim that the Small Business Administration (SBA) overpaid $4.5 billion in grants to self-employed people and that “no system of controls was in place to flag applications with flawed or illogical information” — even claims of up to 1 million employees. And several people exploited the lack of guidelines brazenly. 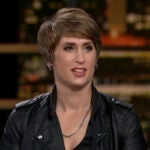 Lee Price III pled guilty in February to using over $1.6 million of loan money to buy a Lamborghini Urus, a Rolex watch and real estate transactions. He also spent thousands at strip clubs and other Houston night clubs. Price used a portion of the loan money to buy a 2020 Ford F-350 pickup truck. He applied for two fake Paycheck Protection Program (PPP) loans under Price Enterprise Holdings ($900,000) and 713 Construction Company ($700,000).

According to prosecutors, Georgia native Vinath Oudomsine paid $57,789 — more than two thirds of his federal aid — for a Pokémon card around Jan. 8 2021. The Washington Post cites “the wire-fraud charge brought last week against Oudomsine” as “part of a federal crackdown on alleged misuse of massive relief programs that threw lifelines to businesses during the pandemic but also raised concerns about scams and waste.”

Oudomsine had sought a business loan for a company of 10 employees and revenue of $235,000 over a year back in July, 2020. The next month, court documents state, the SBA deposited $85,000 into a bank account in Oudomsine’s name.

Prosecutors accused Oudomsine of abusing the SBA’s Economic Injury Disaster Loans (EIDL) for small businesses hurting during the pandemic because of shutdowns and stay-at-home orders. Officials said that EIDL funds could go toward payroll, sick leave and other business costs such as rent. 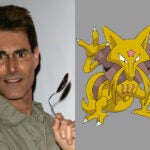 Also Read:
Kadabra Is Back and It’s a Pokemon Christmas Miracle

Fayne, a trucking company owner who appears regularly on the reality show “Love & Hip Hop: Atlanta,” fought the disputes about his use of Small Business Administration stimulus funds for personal expenses rather than for paying workers and small business expenses as the program required.

The Washington Post reported that “the first person to be charged with fraudulently seeking PPP loans was recently sentenced to 56 months in prison, following a nationwide search after the man faked his death.” Other situations are still unfolding.