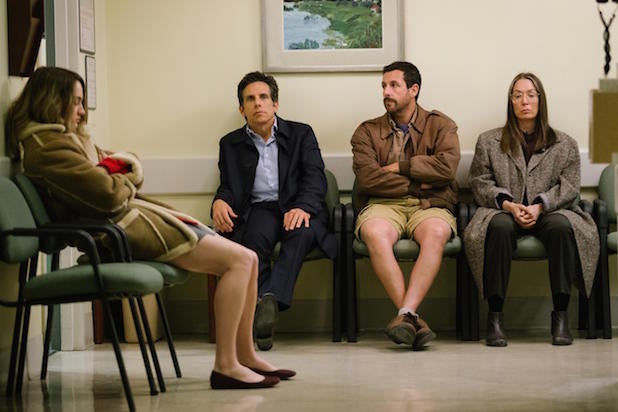 Netflix is giving “The Meyerowitz Stories,” which premiered at Cannes earlier this year, a limited theatrical release in the top ten U.S. markets on October 13, the streaming company announced Wednesday.

Landmark Theaters has exclusive screening for eight of the ten markets. Landmark will also screen the film at its Los Angeles location along with the North Hollywood Laemmle, while Lincoln Plaza Cinemas and the IFC Center will screen in New York.